USA Truck presented personalized, military-themed tractors to four of its military veteran drivers Friday, Sept. 11, during a celebration at the company’s headquarters in Van Buren, Ark.

David Bell (U.S. Navy), Robert Decker (U.S. Air Force), Michael Powell (U.S. Marines), and Jodie Yoder (U.S. Army) each received a custom 2016 International ProStar with patriotic highlights, along with a personalized dog tag decal bearing their name and branch of service. The recipients were selected based on their tenure and safety record.

The following drivers the recipients:

•Bell spent four years in the Navy. He lives in Attalla, Ala., and has been with USA Truck since August 2005. He has accumulated more than 915,000 safe driving miles.

•Decker spent six years in the Air Force. He lives in Rantoul, Ill. He’s been with USA Truck since February 2004 and was the company’s Driver of the Month in June 2015. He’s a USA Truck Mileage Milestone Club member with more than 2,750,000 safe driving miles.

•Powell spend 21 years in the Marine Corps. He lives in Athens, Ala., and has been with USA Truck since November 2007. He has logged nearly 384,000 safe driving miles.

The company also continued its support of the Intrepid Fallen Heroes Fund with a donation on behalf of the entire driving fleet. 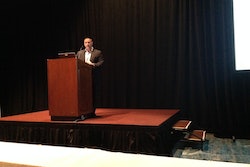 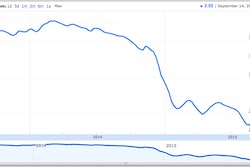