A bill has been introduced in the House of Representatives that its sponsors say would make it easier for U.S. military veterans to earn jobs in the trucking industry.

Rep. Rob Woodall (R-Ga.) introduced the Veterans’ Expanded Trucking Opportunities Act with lead co-sponsor Rep. Tim Walz (D-Minn.). The bill would allow Veterans Affairs doctors in good standing with the Department of Transportation to conduct DOT physicals for veterans to make it easier for them to obtain a commercial drivers license.

Woodall said in a press release it’s difficult for veterans to find and afford certified doctors due to FMCSA’s 2014-implemented National Registry of Certified Medical Examiners, which requires that a CDL holders medical certification be issued by an FMCSA-approved doc.

“With so many of our veterans ready and eager to get back to work or transition into the civilian workforce, the last thing the federal government should be doing is making it more difficult for them to do so,” Woodall said. “Forcing a veteran off the rolls of the VA doctor who knows them best simply because the doctor has not completed a separate, costly federal approval process does not make sense, nor does it promote public safety.”

He went on to say it’s important to prevent fraud on medical exams, but that it can be done without adding obstacles for veterans looking for work.

“Preventing fraud on medical exams is an important goal, and we can do so without adding new federal roadblocks to employment for the men and women in uniform who have served our nation honorably,” Woodall added. “This commonsense bill takes simple, corrective action on their behalf and preserves the tough penalties levied on those who abuse the system.”

In addition to the bipartisan support on Capitol Hill, the bill has also garnered the support of the Veterans of Foreign Wars (VFW) for its efforts.

“We need to make it easier for veterans looking to return to work, and this bill will cut through the red tape, while still ensuring the safety of drivers and the public. I thank Rep. Woodall for his work on this important issue,” Walz said.

The bill was introduced referred to the House Committee on Transportation and Infrastructure on Friday, Oct. 9. 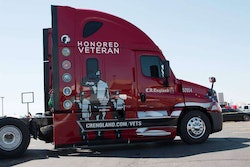 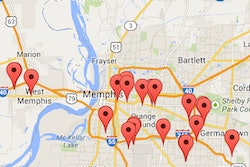 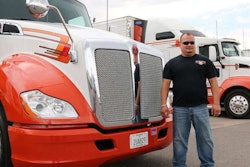