In the paper, which is available here, the TSR Expert Panel identifies gaps and discusses the role of the private sector in advancing road safety.

The paper looks at business from three perspectives. One, as collaborators with the public sector and non-governmental organizations (NGO) in demonstration projects; then, as managers of vehicle fleets traveling the world’s roads; and, finally, as participants in specific industries that have unique opportunities to improve road safety.

TSR also focuses on scaling industry best practices that draw on the members’ cross-industry expertise. An Expert Panel – comprised of experts in road safety from academia, NGOs, governments and international organizations – advises the coalition. Working collaboratively, TSR coalition members aim to improve the safety of roads around the world, so that road traffic crashes are no longer one of the leading causes of death and injuries.

Road traffic crashes are the eighth leading cause of death worldwide and the No. 1 cause of death among 15 to 29 year olds, according to the World Health Organization. It is estimated that road traffic collisions cost more than $500 billion per year, or upwards of 3 percent of the GDP of the world’s countries.

A focus of the coalition is to foster cross-sector collaboration, and identify and scale road safety best practices. Member companies work with employees, businesses, government and community partners to implement initiatives that could improve road safety.

“Improving the safety of roads and vehicles are two of the three most effective ways to reduce deaths on roads,” he says. “Of course, the behavior of people on the road is another key … They are major contrinutors to road crashes and injuries.”

“All the ideas … can be implemented through broad-based public/private partnerships,” Moritsugu adds.

The organization also recently published a discussion paper that offers recommendations and opportunities for the private sector to improve road safety outcomes globally.

The paper can be downloaded here. 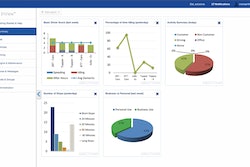 DAT jumps into the e-log market with multi-function platform 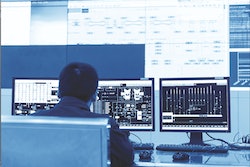 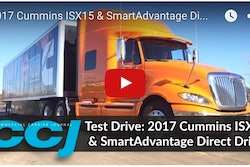