The rate of truck-involved fatalities is declining over both the short- and long-term, according to analysis done by the American Trucking Associations of data from the Department of Transportation.

According to NHTSA’s data, there were 3,903 truck-involved fatalities in 2014, which is 61 fewer than 2013, and at the same time, the number of miles traveled by large trucks rose to more than 279 billion.

ATA notes that the numbers only reflect fatalities where a truck was involved in the crash and doesn’t take account for causation. The organization adds that “studies have found that trucks are responsible for initiating less than a third of all fatal car-truck crashes.”

“America’s trucking industry has invested billions to improve safety and that commitment is paying off,” said ATA President and CEO Bill Graves.

During its analysis, ATA found the fatality rate for truck-involved crashes dropped by 2.78 percent from 2013 and has fallen 4.76 percent over the last two years. It has also fallen 40.6 percent in the past decade.

“The short-term decline is welcome news, but the important figure is the long-term trend,” Graves said. “Short-term changes, whether they’re increases or declines, can be blips – and just like you shouldn’t track your 401k on a daily basis, they shouldn’t be the primary lens truck safety is viewed through. The long-term trend – in this case, a more than 40 percent improvement – is of paramount importance.” 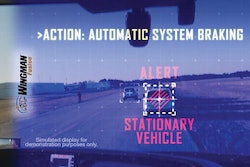 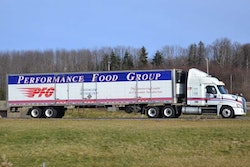 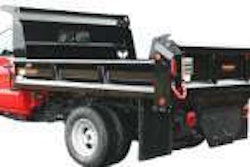