While trucking industry groups press Congress to act to fix an error in a December-passed government funding bill that may accidentally strip the 34-hour restart from hours-of-service regulations entirely, the actual effect of the legislative language isn’t entirely clear, according to industry voices responding to the issue.

The Truckload Carriers Association has advised its members to continue operating as they have — as if the restart exists and has not been affected — but the group says the DOT has signaled it interprets the language as killing the 34-hour restart entirely, depending on the results of a 2014 Congressionally required study on the efficacy of some hours-of-service rules. TCA says it’s working with its members and with lawmakers and other industry groups to determine “the most practical and effective solution” for fixing the problem.

TCA’s David Heller, head of regulatory affairs, and President John Lyboldt say they haven’t heard of any enforcement-related issues so far regarding the confusion surrounding the 34-hour restart conundrum. They also said they’re uncertain of when Congress would take up the issue.

The American Trucking Associations, likewise, couldn’t offer clarity on what the legislative hiccup means, offering this statement: “The glitch in the legislative language has the potential to put this safety rule at risk. “ATA is both disappointed and troubled by this development, and is working with key members of Congress to address the problem to ensure that the trucking industry can continue to deliver America’s goods safely and efficiently.”

The rules in question include the 2013-instituted provisions that a restart include two 1 a.m. to 5 a.m. periods and be limited to use once every seven days. Those two provisions were suspended in late 2014 and became subject to the results of a field study.

The 2015-passed appropriations bill that puts the 34-hour restart in jeopardy only meant to clarify that the suspended provisions will remain non-enforceable until the study results are issued and that reimplementation of the rules would be subject to the study’s findings.

Instead, however, read as-is, the legislation could remove the 34-hour restart entirely if the study finds that pre-2013 hours-of-service rules are better for safety and trucker fatigue levels. If the study finds otherwise, however, hours-of-service rules may revert back to both allowing a 34-hour restart but requiring the two 1 a.m. to 5 a.m. periods within a restart and limiting its use to once a week. 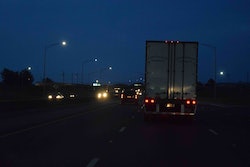 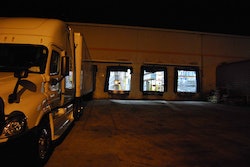