The challenges facing the country in the current U.S. election cycle are nothing new, said Karl Rove, political strategist and former senior advisor to President George W. Bush, during a keynote address at the Truckload Carriers Association’s 78th Annual Convention in Las Vegas. Rove likened the current stagnant political climate to the gridlock leading up to the 1896 presidential election (also the subject of his most recent book), but promised the 2016 general election will be one of the wildest campaigns we’ve ever witnessed in the country’s history.

“If you think it’s been crazy, strange with twists and turns up until now, just wait until we get to November,” said Rove.

Looking at the Republican primary election, Donald Trump currently has 42 percent of the delegates but would need to increase that to 54 percent in the remaining primaries to reach the majority needed to win the Republican nomination.

“We have a nomination fight that I think will go on for a long time to come,” said Rove. “Unless Trump steps it up big time, we are likely to go to Cleveland in July with nobody with a clear majority – a first since 1976.”

While the discussion of a brokered convention for the Republican Party continues to grow in the national media, Rove doesn’t believe that will happen. “The only time that happened was in 1880 when James Garfield was nominated on 36th ballot,” said Rove. “ We know who the nominee will be, one of three or four people [referring to the current field of candidates].”

Rove went on to predict that Trump would be most likely of the remaining four Republican presidential candidates to get the nomination, but added that he would “bet on the rest of the field against him. I think at the end of the day we’ll wind up with somebody other than Trump.”

Voter turnout in the primaries favor Republicans in the general election, said Rove, adding that Democrats have had 30 percent less turnout in primaries compared to 2012, while Republicans have 71 percent more.

In the race for the Democratic presidential nomination, Rove believes Hillary Clinton is a shoe-in and currently holds a 671-to-476 delegate advantage.

“ Even the Democrats aren’t nutty enough to nominate a Democratic socialist who drinks maple syrup in coffee,” referring to Bernie Sanders. “He just won Kansas and Nebraska because they don’t like Hillary. But she’s being saved by a strong African-American turnout and the endorsement of 458 of the 712 so-called “superdelegates” in the Democratic Party.”

Regardless of the eventual presidential nominees, Rove warned that internal problems within each political party would cast shadows on the general election.

“If the nominee is not Donald Trump, then we’ll have a Republican president,” said Rove. “He has never led Hillary in the average of polls. On the other hand, John Kasich, Marco Rubio and Ted Cruz – in that order from biggest margin to smallest margin – all lead her in the polls since the race began.

Rove railed on Clinton’s “reckless and irresponsible” actions regarding her private email server she used as Secretary of State will pose major problems for her in the general election.

“The Federal Bureau of Investigation is serious, and they have sent people to jail or ruined the careers of people such as General David Patraeus for far less than this,” said Rove. “In my opinion somebody will be held accountable. Maybe not her, but someone close to her.”

“We could have a general election with a serial bankrupt in civil trials for fraud/deception vs. someone who is either under indictment or her closest aides are under indictment for actions that she continues to justify today,” said Rove.

Should Clinton be indicted between now and the Democratic National Convention, Rove said delegates will be freed up to select their own candidate and predicted John Kerry and Joe Biden as likely replacements for the party in the general election.

“We desperately need a uniter,” Rove said in his closing statement. “Someone that can unify the electorate stands a better shot at winning the general election.” 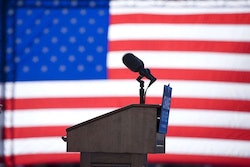 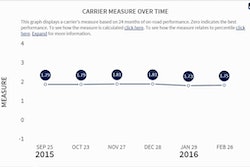 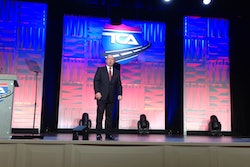