U.S. Bank has added routing and price optimization to the Voyager Mobile App. The new Trip Planner tools, as part of the Voyager fuel Network, zero in on the most efficient path from point A to point B. A new Smart Buy feature finds the lowest-cost fuel within a given radius of the route.

Low-cost stations are shown on a map that allows drivers and fleet managers to better plan routes and stops based on fueling costs. In addition to creating maps within the mobile app, it can produce printable reports and maps for fleets that do not issue or allow drivers to use mobile devices.

The Voyager Mobile App pricing data is obtained in near real time from thousands of fuel and service stations. The app can filter for various amenities such as maintenance and repair shops.

“It builds the lowest cost fuel choices into a driver’s daily route while allowing for frequent price updates. It works especially well for fleets that operate primarily around a central hub, but it handles longer routes with equal dexterity,” he added.

The application was built in partnership with Ignite Media, a Houston-based technology provider focused on the oil & gas, transportation and financial sectors.

The Voyager Mobile App is downloadable for free through the Apple and Google Play stores. 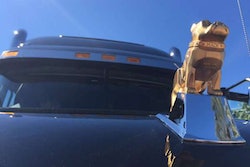 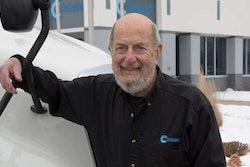