Steve Russell, 76, founder of Celadon Group, passed away April 15 the carrier confirmed Friday. Russell started Celadon (No. 35 on the CCJ Top 250) in 1985, growing the company from a small dry van carrier to a large, national, multi-service carrier.

“We are deeply saddened by Steve’s passing,” says Paul Will, board chairman and chief executive officer. “Our thoughts and prayers are with Steve’s family and many friends at this time.”

In its early years, Celadon – CCJ’s 2015 Innovator of the Year – transported automotive parts to an plant in Mexico. Today, Celadon generates more than $1 billion in revenue, operates a fleet of more than 5,000 tractors, 12,000 trailers, and employs more than 4,000 associates across North America.

Over the past year, Eric Meek has been named Celadon’s president and COO and other changes were made to the company’s executive team as part of a succession plan, Will says, enacted as Russell stepped away from the business.

Prior to launching Celadon, Russell worked in management positions including, Director of Advanced Product Planning for Ford Motor Company, Chief Financial Officer for RCA Corporation, and President of Hertz Truck and Equipment Corporation. He earned a BA in mathematics and an MBA in finance and marketing from Cornell University.

Russell was a member of the American Trucking Associations’ Executive Committee. He also served on the board of directors for the Cornell University Graduate School of Management, the Eiteljorg Museum, and the Indianapolis Museum of Art. 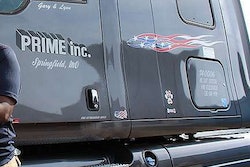 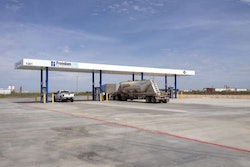 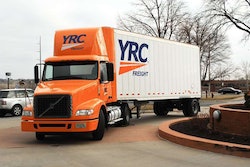