A check for $10,000 and a package of prizes will be awarded to one skillful professional truck driver when Trucking’s Top Rookie is named in August.

The award, named in honor of the late Mike O’Connell, recognizes the best professional truck driver who has been on the job for less than a year.

Nominations open May 16 and close at 5 p.m. on June 24. Nominations may be made online here.

“The contest gives great insight on the first impressions we as an industry make on new drivers,” said Debbie Sparks, vice president of development at TCA. “The content that the nominees provide can help carriers in crafting their recruitment practices and messaging.”

A panel of seven judges will review each nominee and select 10 finalists. The winner will be announced Friday, Aug. 26 at the Great American Trucking Show in Dallas.

“Recognizing the excellence of new truck drivers has never been more important than it is today,” said David Hollis, editor of Truckers News. “Encouraging new drivers to make a career out of trucking and show them they’re appreciated is a great way to stem the driver shortage.”

The nine other finalists receive:

Last year’s winner was Frederick Weatherspoon, a 52-year-old veteran of three branches of the military and a driver for Dartco. Other previous winners include:

The late Mike O’Connell was formerly the executive director of the Commercial Vehicle Training Association, and originated the idea of honoring a top rookie driver to help show new drivers they are important to and appreciated by the trucking industry. 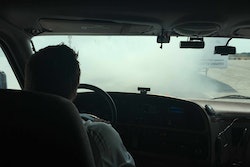 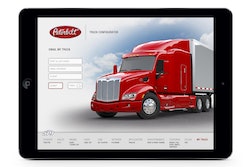 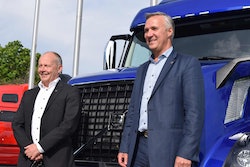