The U.S. Department of Transportation has finalized a February-proposed expansion to the commercial freight zone at the El Paso, Texas, border crossing between the U.S. and Mexico.

The changes come by way of the opening of a new cross-border bridge, prompting the DOT’s Federal Motor Carrier Safety Administration to establish new boundaries for the El Paso border zone. The expansion will allow Mexican carriers an expanded area in which to deliver and pickup cross-border loads.

The commercial border zones along the U.S.-Mexican line allow carriers in both countries limited access to cross the international border to deliver freight. Cross-border loads generally are taken to a warehouse or similar facility within the border zone, set for pickup by a carrier based in the country where the cross-border delivery is made.

The new Tornillo-Guadalupe New International Bridge opened for truck traffic in March. The agency sought feedback from industry stakeholders via a public comment period on a potentially larger expansion of the border zone. But the agency received no comments, it says, and therefore it has simply finalized the February-proposed changes.

FMCSA defines the new border zone as: “The expanded commercial zone includes the intersection of Interstate 10 with O.T. Smith Road and Texas Farm-to-Market Road 3380 so that motor carriers that have authority from FMCSA to operate only within the El Paso commercial zone may use the new international bridge and will be able to drive to and from the intersection of Interstate 10 and O.T. Smith Road/Farm-to-Market Road 3380.”

Along with the El Paso border zone expansion, the agency also expanded border zones in New Mexico in February. Click here to read CCJ’s coverage of those changes. 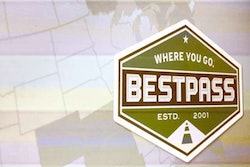 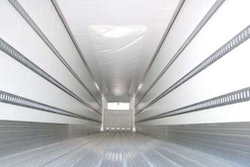