Commercial trucks weighing more than five tons will be banned from traveling on a portion of I-95 in Philadelphia during the Democratic National Convention next month.

The Pennsylvania Department of Transportation said trucks will be prohibited from traveling between Exit 13 and Exit 22 on I-95 in Philadelphia from Saturday, July 23 at noon until midday Friday, July 29.

Oversized loads also will be prohibited from traveling in the Philadelphia region during the same time period, PennDOT said.

“The rerouting of commercial vehicles off I-95 is associated with the security for the Democratic National Convention,” said PennDOT Secretary Leslie S. Richards. “PennDOT and regional transportation partners will utilize a combination of electronic message boards and stationary signs to guide commercial truck drivers along alternate routes during this temporary restriction.”

The following are the posted detours that PennDOT recommends trucks take:

The northbound and southbound entrance ramps to I-95 between Exit 13 and Exit 22 will also be closed to commercial traffic. 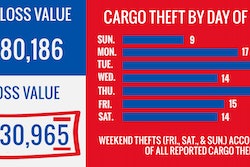 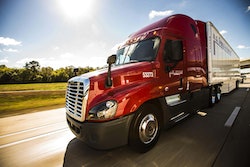 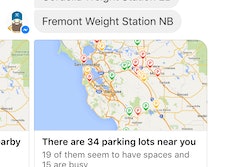