The annualized driver turnover rate at large truckload fleets fell to its lowest point since early 2011 in the second quarter of this year, according to the American Trucking Associations.

ATA’s Bob Costello says the dip stems from the “choppy” freight environment seen in the first part of the year.

“As we hopefully approach the end of this period of elevated inventories later this year, freight demand will pick back up leading to increased demand for drivers and higher turnover rates in the future,” Costello said.

The turnover rate at smaller truckload fleets fell nine points to 79 percent, its lowest point since the third quarter of 2015. Turnover at less-than-truckload carriers rose four points to 12 percent.

ATA considers carriers with less than $30 million in annual revenue as small carriers, and those above that revenue mark as large carriers. 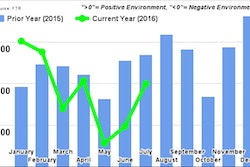 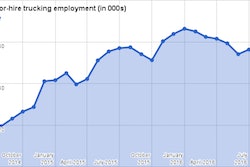