The Federal Motor Carrier Safety Administration last week issued new guidance on the use of older logging devices that, while lacking compliance with the agency’s electronic logging device stipulations, afford carriers two extra years — until December 2019 — to fully comply with the ELD mandate.

The agency also published last week clarification for carriers whose devices turn out to be non-compliant after they’re in use.

As reported by CCJ when the ELD mandate was published in December 2015, carriers using so-called automatic onboard recording devices can continue running the devices to comply with the mandate until Dec. 16, 2019, as part of the ELD mandate’s “grandfather” clause. That’s two additional years beyond the Dec. 18, 2017, compliance date for the ELD mandate.

The FMCSA guidance,issued Feb. 15 via the agency’s ELD FAQ section on its website, clarifies that carriers can transfer an AOBRD to a new truck and remain compliant with the ELD mandate so long as the truck replaces another.

AOBRDs will not be considered compliant options if they are installed in vehicles that do not replace other trucks within a carrier’s operation, FMCSA says.

“If your operation uses AOBRDs and you replace vehicles in your fleet with new commercial motor vehicles, you can install existing AOBRDs in the new CMVs. However, you may not purchase and install a new AOBRD in a vehicle after Dec. 18, 2017,” according to FMCSA’s update.

AOBRDs differ from ELDs in a few key ways. They do not automatically record location nor do they necessarily interface with a truck’s engine, among other smaller differences.

Carriers using the devices by the Dec. 18, 2017, compliance date can run the devices until Dec. 16, 2019. By that date, carriers will need to upgrade to fully compliant ELDs.

In another Feb. 15 update, FMCSA reported that carriers found to be using non-compliant devices will have eight days to replace the device with a compliant option. Though carriers are required to choose a device from the agency’s registry of certified devices, the agency’s vetting process for the devices is skimpy, relying on manufacturers to “self-certify” their devices.

“In the event of a widespread issue, FMCSA will work with affected motor carriers to establish a reasonable timeframe for replacing non-compliant devices with ELDs that meet the requirements,” FMCSA wrote in its notice.

FMCSA also noted that ELD suppliers will not be required to notify carriers if their device has been removed from the agency’s registry. 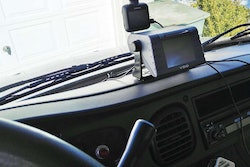 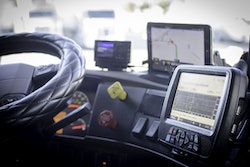