A California trucking school operator was arrested last week after he and the owner were indicted on federal charges of allegedly cheating the Veterans Administration out of more than $4 million, according to the Department of Justice.

Emmit Marshall, owner of Chatsworth, Calif.-based Alliance School of Trucking, and Robert Waggoner, director at the school, were allegedly involved in a scheme to recruit eligible veterans to take trucking classes paid for by the Post-9/11 GI Bill.

According to the indictment, Marshall and Waggoner recruited veterans to the school by telling them they could collect housing and other fees from the VA without attending the programs. Additionally, the DOJ alleges the pair created and submitted false enrollment certifications that stated the veterans attended the programs when, in fact, they did not. According to the indictment, from the end of 2011 through April 2015, the VA paid the school approximately $2,351,658 in tuition and fees and approximately $1,957,715 in benefits to the veterans themselves.

The DOJ says the school was certified to offer classes under the bill that included a 160-hour class and a 600-hour class. In both of these classes, the VA paid tuition and fees to the school, as well as a housing allowance to the veteran and, in some cases, paid for books and supplies.

The DOJ says both men were charged with nine counts of wire fraud, and if convicted, would face a maximum sentence of 20 years in federal prison for each count. 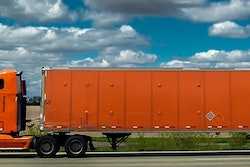