A Covenant Transportation Group (No. 41 in the CCJ Top 250) subsidiary has again asked the courts to reconsider putting it on the hook for what could be a $6 million claim against a stolen load of pharmaceuticals.

Covenant’s Southern Refrigerated Transport Inc. has asked a federal judge a determination made involving a 2008 cargo claim, but the court needs more evidence to decide damages, it says.

The Columbus, Ohio federal district court gave Southern Refrigerated Transport Inc. until May 18 to file a motion to reconsider the limit and the broker at the heart of the case, Excel Inc., a May 30 deadline to respond.

The case involves a load of pharmaceuticals shipped by German drug company Sandoz Inc., who says the shipment on the stolen SRT truck had a market value of $8.6 million. Sandoz isn’t a party to the lawsuit, but assigned its claim to Excel, which brokered the shipment.

Excel in turn pushed the claim to SRT. A federal court in 2014 ruled in favor of broker Excel, determining the Texarkana-based SRT owed Sandoz $6 million.

SRT has maintained it only owes just shy of $60,000, saying its contract with the broker limited its liability for such loads. SRT also argues it’s protected by the federal Carmack Amendment. The law assigns strict liability to motor carriers for actual loss or injury, but carriers can establish rates where liability is limited if certain requirements are met. However, SRT’s liability was capped at $100,000 and shippers were not been given options of paying more for a higher limit or less for a lower limit.

“We were of course disappointed with certain aspects of the district court’s decision,” Covenant said in a statement. “But remain confident in both our legal position and in our system of justice.”

Exel sought recovery of the market value of the shipment while the carrier argued for replacement cost. But which measure is to be used is dependent on whether Sandoz lost sales and neither side offers conclusive evidence on this, Senior Judge James Graham wrote.

The broker also asserted that unlike damaged goods, stolen cargo competes with the manufacturer when resold, making true replacement impossible. But Excel provided no proof the stolen shipment competed in the same market as Sandoz’s pharmaceuticals and the drugs may be sold for purposes other than their intended use, the court stated.

Graham wrote that if Sandoz hadn’t lost sales, he would use replacement cost to measure of damages, but if sales were lost, the company could recoup what it would have otherwise made. However, with both sides offering little proof on that issue, he deferred deciding which one to use until he receives sufficient evidence to determine whether Sandoz lost sales.

The court did agree with the carrier’s position that prejudgment interest should be calculated using the method prescribed in U.S. code. Excel had argued to use Ohio’s prejudgment interest statute, which the court had applied to the case in its 2014 ruling regarding a state law breach of contract claim. Given that the court is now granting judgement on a claim under the federal Carmack Amendment, it would be proper to use method specified in federal law, Graham ruled. 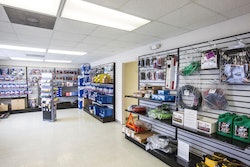 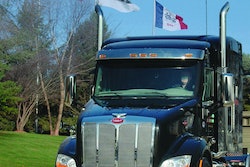