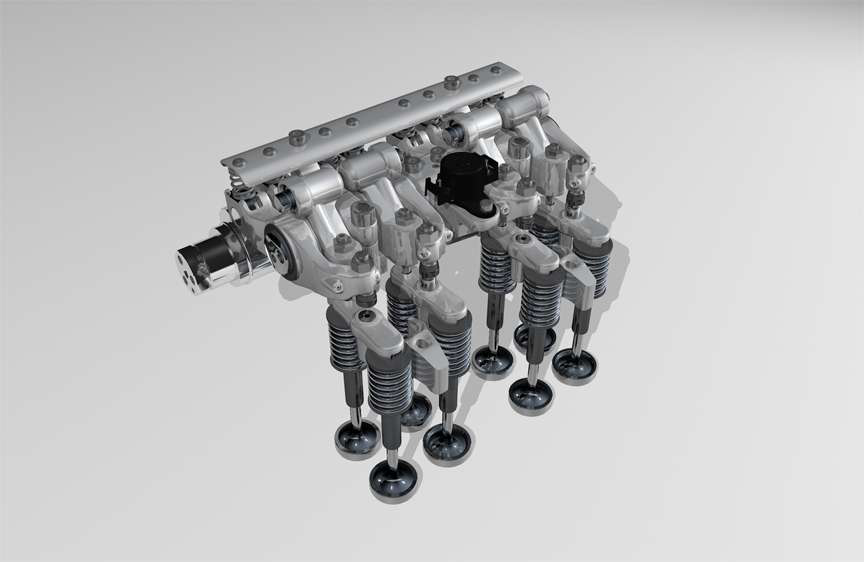 The next generation of the so-called Jake Brake, built by Jacobs Manufacturers, will likely come to market in 2019, the company announced Wednesday at the North American Commercial Vehicle show in Atlanta.

The new High Power Density engine brake will offer twice the braking power as the current Jake Brake and will provide improved engine braking capabilities at a lower rpm range, says Jacobs’ VP of Engineering Steve Ernest. “Unlike driveline retarders that allow cool air to continue to be pumped through the engine on a down slope, the engine brake system continues to provide heat to the after-treatment system in operation. This reduces fuel consumption and improves emissions, as the engine doesn’t have to be run inefficiently to re-heat the after-treatment system after the braking event,” Ernest says.

The company, which sells almost exclusively to original equipment manufacturers, says at least one truck maker is scheduled to begin adding the new Jake Brake to trucks built in 2019. Others will follow suit “into the 2020s,” says Ernest.  Current braking capacity at 2,100 rpms will be available at only 1,300 rpm with the HPD system, Ernest adds.

Jacobs also says it is developing and testing another technology, Active Decompression, to aid in start-stop applications. The system is designed to reduce engine — and, thus — truck vibrations associated with start-stop functionality. Start-stop capabilities is a growing trend in the industry. The systems cut engines off and on in high-idle situations such as congestion. Jacobs’ system intends to make start-stop more comfortable for drivers.

The company recently sold its 7 millionth Jake Brake, it also announced at the show.