After a regulatory win on hours of service reform and protecting the electronic logging device mandate from several court cases and legislative challenges, Chris Spear, president of the American Trucking Associations, said ATA is now focused on supporting several initiatives from the Trump Administration and fighting new issues threatening trucking productivity and profitability. “When it comes to our priorities, we have a lot of roadwork ahead,” he said. “To build trucking’s future, we need to look beyond the hood.”

ATA is actively engaged in the tax reform process, backing President Trump’s plan that includes cutting corporate tax rates and eliminating estate taxes. “The President’s plan is historic and conventional, lowering the rate and broadening the base.”

ATA also is now supporting the U.S. Chamber-led coalition for sound trade policy. “Our industry will be the first to feel any changes in NAFTA, good or bad,” said Spear. “Together, ATA and its Mexican and Canadian counterparts, CANACAR and CTA, have come together to help our respective nations preserve and promote policies that benefit our industry, our customers and the United States’ ability to grow its economy.”

Spear said ATA will increase its support of its association members on state-specific issues. “ATA is stepping out of its D.C. comfort zone and flanking our federation leaders wherever battles need to be fought,” he said. “Protecting independent contractors, combating toxic and discriminatory tolls on existing roads and bridges and preserving interstate commerce from redundant state requirements are just a handful of ongoing efforts ATA and several state executives are now actively addressing together.

Spear specifically called out the active regulatory and legislative initiatives in California.

“This is not the United States of California,” said Spear. “The F4A issue involves the state’s duplicative meal and rest breaks that collide with federal safety standards, causing drivers to park their equipment in undesignated places, endangering themselves and the motoring public. This confusion has generated a litigious frenzy,” adding that more than $250 million in settlements to date and immeasurable exposure in pending and potential litigation.

“Apparently, California’s lawmakers care more about the plaintiffs’ bar than public safety, or even jobs,” continued Spear. “This is an issue we have to win, and we will. It’ll happen by working with Congress and this administration, continuing to invest over $9.5 billion each year in safety technologies and giving a voice to the 7.4 million employees in trucking jobs throughout the nation, not by lining the pockets of trial attorneys.”

Turning to autonomous technology, Spear said securing a spot on a federal advisory committee and a new ATA autonomous vehicle subcommittee will give the industry a voice and help shape future policy. “We cannot afford to concede this issue to another mode of transportation,” said Spear. “Innovation is happening whether we like it or not. Conforming innovation to the benefit of our industry and our drivers is key.” 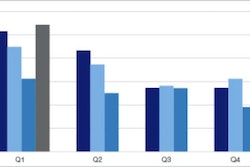