The trial for a high-profile lawsuit between two of Silicon Valley’s biggest players, Uber and Alphabet (Google’s parent company) involving trade secrets and patents behind autonomous vehicle technology has been delayed until February. The Department of Justice has also announced it is pursuing a criminal investigation against Uber over the accusations made against the company.

U.S. District Judge William Alsup on December 1 ordered that the trial between the two tech giants be delayed to February 5, after the court determined that Uber hid prominent evidence relative to the lawsuit. The trial was set to begin December 4, but an evidentiary hearing spurred Alsup to delay the trial after it was discovered that Uber allegedly hid letters, emails and settlement agreement documents from the court and from lawyers for Waymo, the Alphabet subsidiary involved in the case.

The key piece of evidence allegedly concealed by Uber includes a letter from the attorney of Richard Jacobs, a former security employee at Uber. He claims Uber had a secret division within the company “dedicated to stealing” technologies and trade secrets from other companies. Jacobs testified before the court Nov. 28 and reiterated these allegations. The so-called Jacobs Letter and the accusations within were relayed to the civil court, including Judge Alsup, by the Justice Department, who confirmed a criminal probe of the accusations against Uber.

At the center of the case is engineer Anthony Levandowski, a longtime engineer at Waymo who bolted last year to found Otto, which then billed itself as a small start-up aiming to develop a system to retrofit existing trucks with autonomous capabilities, as well as develop automated cars. Uber in August 2016 announced it was acquiring Otto for nearly $700 million.

Waymo claims Uber secretly founded Otto and colluded with Levandowski to download 14,000 confidential documents from Waymo’s systems. Uber denies the claims, arguing its self-driving technologies are “fundamentally different” than Waymo’s and that it only stole one schematic. Uber later shuttered Otto, bringing the self-driving division under the Uber brand name.

The federal court overseeing the case issued an injunction against Uber in May, ordering it to turn over any files allegedly stolen from Waymo and to discontinue using them in developing their self-driving technologies. 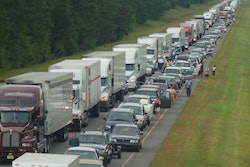