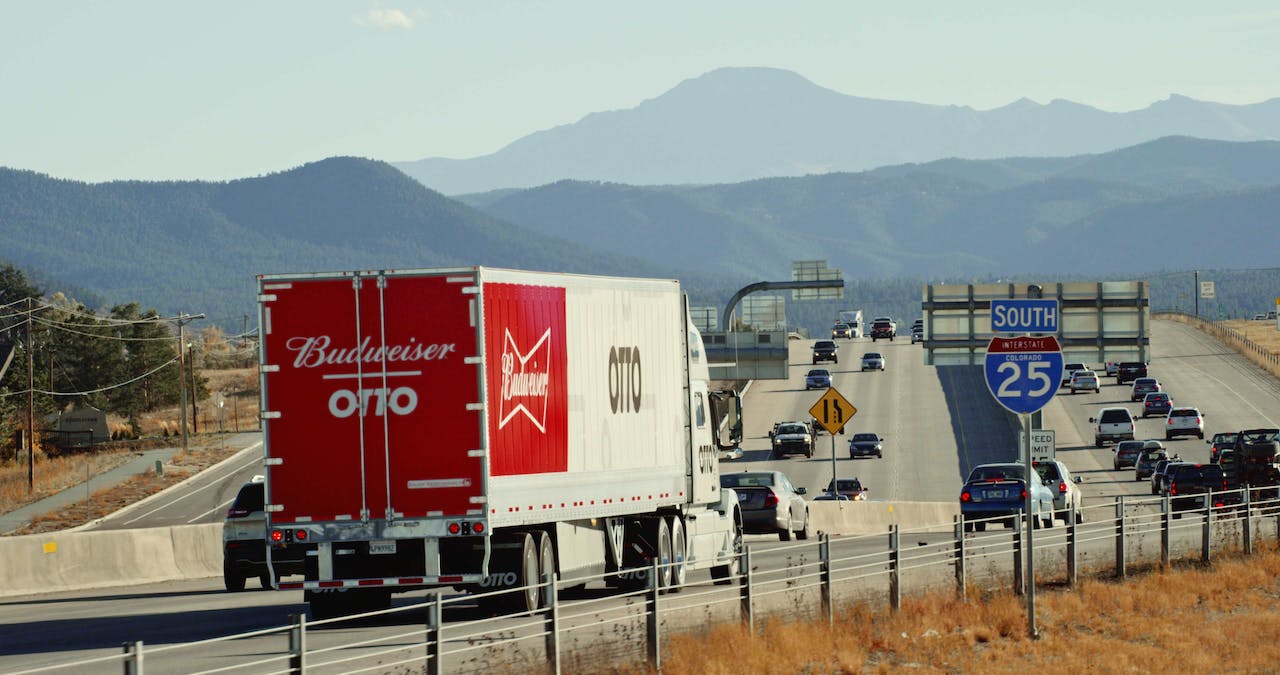 The path toward a “driverless truck” is full of firsts, many of which have yet to take place. But last week the movement cleared one of its most significant hurdles to-date – actually making an autonomous delivery.

Through a partnership between Otto and Anheuser-Busch, drinkers of Budweiser in the Colorado Springs-area will be the first in the world to consume goods delivered by a fully-autonomous truck. Trucking tech startup Otto, which was bought by Uber in August, hauled more than 51,000 cans of Budweiser during a pre-dawn run last Thursday from Fort Collins, Colo., through downtown Denver, before arriving at Colorado Springs for delivery.

The truck, a Volvo VNL, uses cameras, radar, and lidar sensors to see the road. Otto’s system controlled the truck’s acceleration, braking and steering to carry the beer exit-to-exit with no human intervention. Otto co-founder Lior Ron says the truck’s driver was out of the driver’s seat for the entire 120-mile trek down Interstate 25 and monitored the system from the sleeper. All the driver had to do was drive the truck onto the Interstate and take over as it left the Interstate to its final destination at the distributor about two hours later. 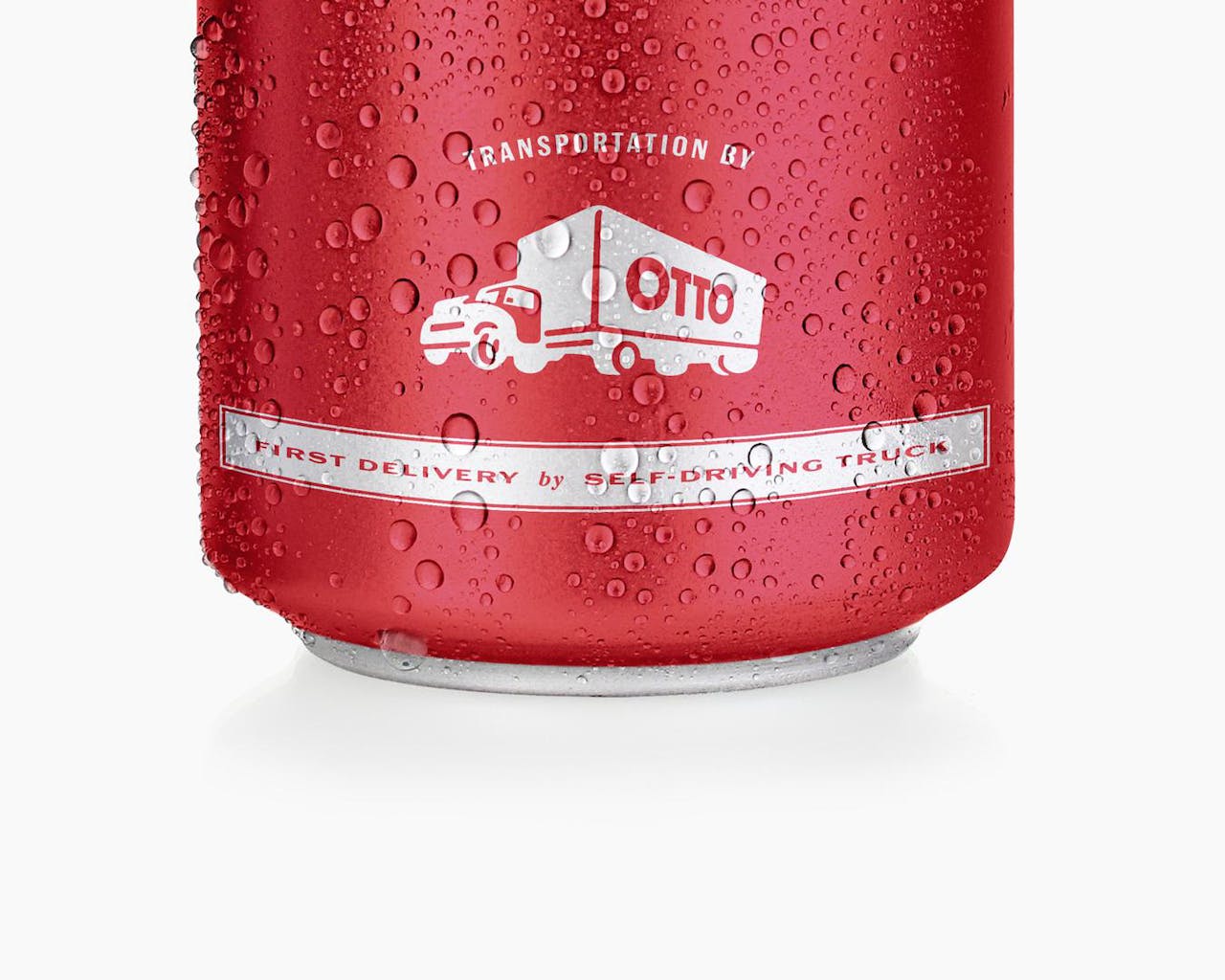 The 51,744 cans of Budweiser got a commemorative design to recognize the partnership and delivery.

“The driver is a co-pilot,” Ron says. “We’re the technology that helps him be safer and more productive.”

Anheuser-Busch contracts out more than 450 million miles each year to get its beer from breweries to wholesale distributors and James Sembrot, senior director of logistics strategy for Anheuser-Busch, says Otto’s technology was attractive to the world’s largest beer maker early on.

“I read about Otto’s technology and what they were doing back in the spring,” he says, “and people on my team connected with them maybe a day or so after the initial announcement was made.”

The partnership also gave Ron deeper access to understanding the supply chain, the pain points of shippers and how Otto could fit into the puzzle.

“We are always looking for ways to make this technology much more real,” he says.

Despite having less than 200 miles and only one delivery of feedback, Sembrot says he was thrilled with the results and says he’s confident Otto’s autonomous retrofit will improve safety, will be sustainable and will increase operating efficiency.

“We really see that as the model of the future,” he says. “The driver is still there, he’s just safer with those very long hours on the road and he can be more productive because you could [potentially] drive around the clock.”

Hours of Service obstacles remain, as does the fact that Level 4 autonomy – the level at which once the system is enabled, driver attention is not required – is still not legal in most states, including Colorado.

Ron says his company worked closely with Colorado state transportation agencies in helping them understand the technologies involved and setting parameters for the test.

“Colorado was very collaborative and open minded,” he says. “We were able to partner with the state. We believe this could set the model that can be replicated across many states as well.”


Ron’s team analyzed traffic patterns on Interstate 25 in order to select a time and day they felt optimized safety. They settled on a departure time of shortly after midnight Thursday morning. While the roads weren’t crowded on the two-plus hour drive, Otto’s truck still had to deal with sharing the road.

“We had a lot of trucks passing us by, a lot of cars passing us by,” Ron says of the truck’s average highway speed of 55 mph, “and the truck beautifully interacted with those cars and trucks … it was a completely uneventful trip.”

In case you’re wondering, the historical significance of last week’s beer run didn’t come with a price premium. Sembrot says Anheuser-Busch paid “the market rate average of what we normally pay on that lane.”

“A few hundreds of of dollars,” Ron adds.

Autonomy’s impact on rates won’t be seen for quite some time but Ron says, rates aside, platforms like Otto’s create an environment where everyone can make more money.

“There is a very clear commercial value with the investment because you can drive more hours on the truck and be more cost effective with the assets on the truck because the truck behaves more predictably,” he says. “We think this creates a win-win for both shipper, the carrier and the driver. We are creating a bigger pie.”

“Carriers pass on to shippers the cost of fuel via a fuel surcharge,” Sembrot adds. “We know this technology is going to improve fuel consumption … and we expect to realize a benefit of reduced cost of fuel.”

“As a shipper, we are convinced this is the future,” he adds. 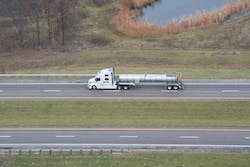