Following a court’s dismissal of the case in January, the Owner-Operator Independent Drivers Association has filed a motion for the U.S. Eighth Circuit Court of Appeals to rehear its argument that the Federal Motor Carrier Safety Administration illegally altered sleep apnea screening guidelines for truck drivers.

OOIDA and its legal team claim FMCSA violated a Congressional statute set in 2013 that blocked FMCSA from using guideance to regulate sleep apnea screening and treatment of truck operators. The 2013 law required FMCSA to use the formal rulemaking process, including a public notice and comment period, to make any changes to sleep apnea screening procedures. OOIDA says FMCSA violated that statute in 2015, when it tacked a sleep apnea-related provision onto a broader rule that changed the forms used by medical examiners conducting DOT physicals. The rule also required examiners to upload results of DOT physicals to FMCSA within 24 hours.

FMCSA disagrees with OOIDA’s assertions, saying the sleep apnea provision within the rule did not “substantively change” the agency’s guidance to examiners regarding referrals for in-lab sleep apnea testing, said DOT attorney Sushma Soni, who argued on behalf of the U.S. DOT last November in oral arguments before the Eighth Circuit court. Existing agency guidance, established before Congress’ 2013 law, leaves sleep apnea testing referrals up to individual examiners, directing them to refer drivers if they “detect a respiratory dysfunction that in any way is likely to interfere with the drivers’ ability to safely control and drive a commercial motor vehicle,” Soni said in court in November.

A three-judge panel sided with FMCSA in January, ruling on January 5 to dismiss the case. OOIDA last week filed a motion asking the court to rehear the case en banc, meaning all 12 judges on the Eighth Circuit bench would hear the case and issue a new decision.

The court could reject OOIDA’s appeal, however, meaning it would not be reheard. OOIDA then would be faced with the decision to appeal to the Supreme Court — the only court that outranks the Eighth Circuit appellate court.

FMCSA last year withdrew a rule that sought to set sleep apnea screening criteria for medical examiners and drivers. The rule intended to provide clarity to the industry about the apnea screening and treatment process. Absent such a rule, decisions to refer drivers for often-times expensive in-lab testing is left to the discretion of medical examiners. 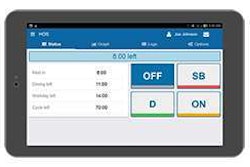 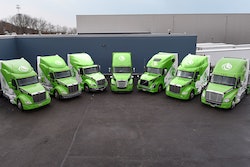