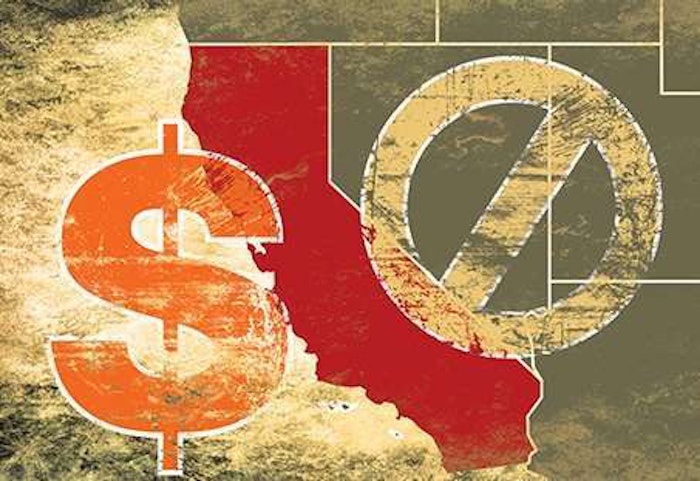 After hearing lengthy testimony from small fleet owners and independent contractors operating in the state of California, the California Air Resources Board on April 25 amended its emissions regulations deadlines for those that couldn’t financially comply to the original Truck & Bus rule requiring all 2006 model-year and older trucks be retrofitted with diesel particulate […]

Two of the nation’s largest fleets – Schneider (No. 8 on the CCJ Top 250) and Old Dominion Freight Line (No. 10) – have each settled with the U.S. Environmental Protection Agency to pay a combined $225,000 in penalties for violations of California Air Resources Board regulations.

According to EPA, the companies “failed to install particulate filters on some of their heavy-duty diesel trucks and failed to verify that trucks they hired for use in California complied with the state rule.” In addition to paying the fines, the companies will spend a combined $575,000 on air filtration systems at schools in the Los Angeles area.

EPA said Schneider operated 150 trucks in California from 2013 to 2016 without the required DPF systems and failed to verify that nearly 1,200 of the carriers it hired in California complied with the state’s regulations. Schneider will pay a $125,000 penalty and spend $350,000 on air filtration projects at schools located near freeways in the Los Angeles area.

Schneider said in a statement that as soon as it was made aware of the violations, “we immediately took the necessary steps to resolve the issue,” and added that it has long had a commitment to energy efficiency and fuel conservation.

“In 2004, we were one of the charter members of the SmartWay Transport Partnership, a voluntary collaboration between the Environmental Protection Agency and the freight industry. In fact, Schneider was the first truckload carrier to join the program,” the company noted in its statement.

Old Dominion, between 2013 and 2016, operated 116 diesel trucks in California without the required DPF systems, according to EPA, and the company did not verify 64 of the carriers it hired in the state. Old Dominion will pay a $100,000 penalty and spend $225,000 on air filtration projects at schools in the Rialto area.

The company said it cooperated with EPA throughout the process and “promptly took the necessary steps to resolve the points raised during the EPA’s investigation.”

“At Old Dominion, we are proud of our efforts to protect the environment,” the company said in a statement. “We have received multiple industry awards for our efforts, including the SmartWay Excellence Award from the EPA for leadership in energy conservation and emission reduction practices four times since 2015.”