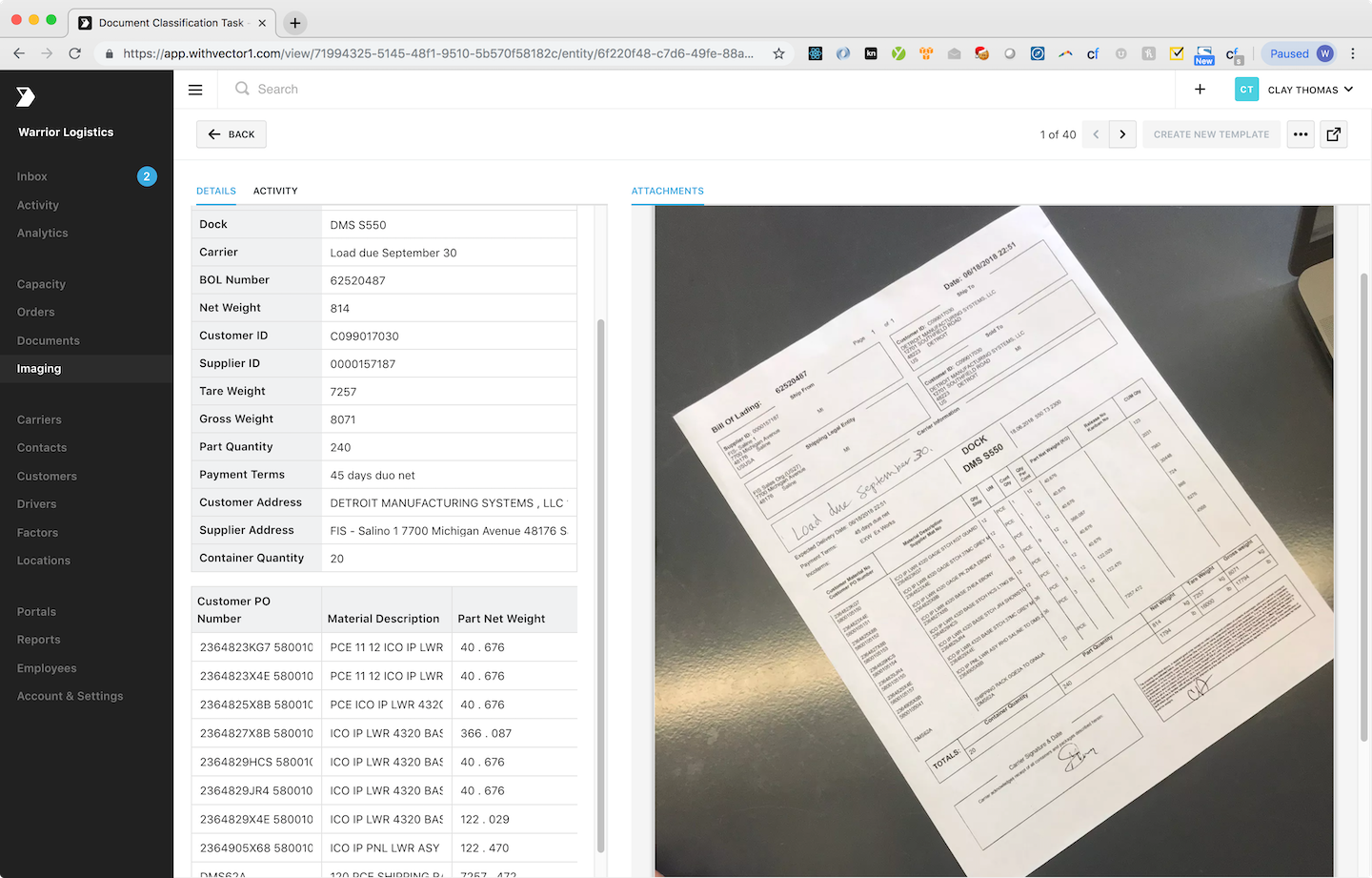 Vector Back Office automatically reads data from documents such as a bill of lading to accelerate rendition billing for carriers and brokers.

The automated data capture of Vector Back Office is useful for rendition billing, the company says, by instantly reading and transcribing information from printed documents to handwritten notes, Scantron sheet, bar codes and data tables.

“This combination of a scanning app built specifically for the trucking industry, and an intelligent, automatic document management system, provides a highway-to-back-office solution that’s faster, simpler to use, and more customizable than anything the industry’s seen before,” said Brian Belcher, Vector’s chief operating officer and co-founder.

Will Chu, chief executive of Vector, gave CCJ an online demo of how Vector Back Office and the driver app works on Thursday, Dec. 6.

Drivers using the Vector app choose from a list of document types to scan. The app has a custom workflow process that carriers and freight brokers use to receive images from drivers. The custom workflow can prompt drivers to enter information and capture a signature when making deliveries as well.

Through integration with third-party software, the Vector app can incorporate mileages and load information in the workflows to give drivers immediate feedback on what they will be paid for loads by their carrier or freight broker, Chu explained.

“The more we work together with existing software in this space, the more powerful our software becomes,” Chu said. 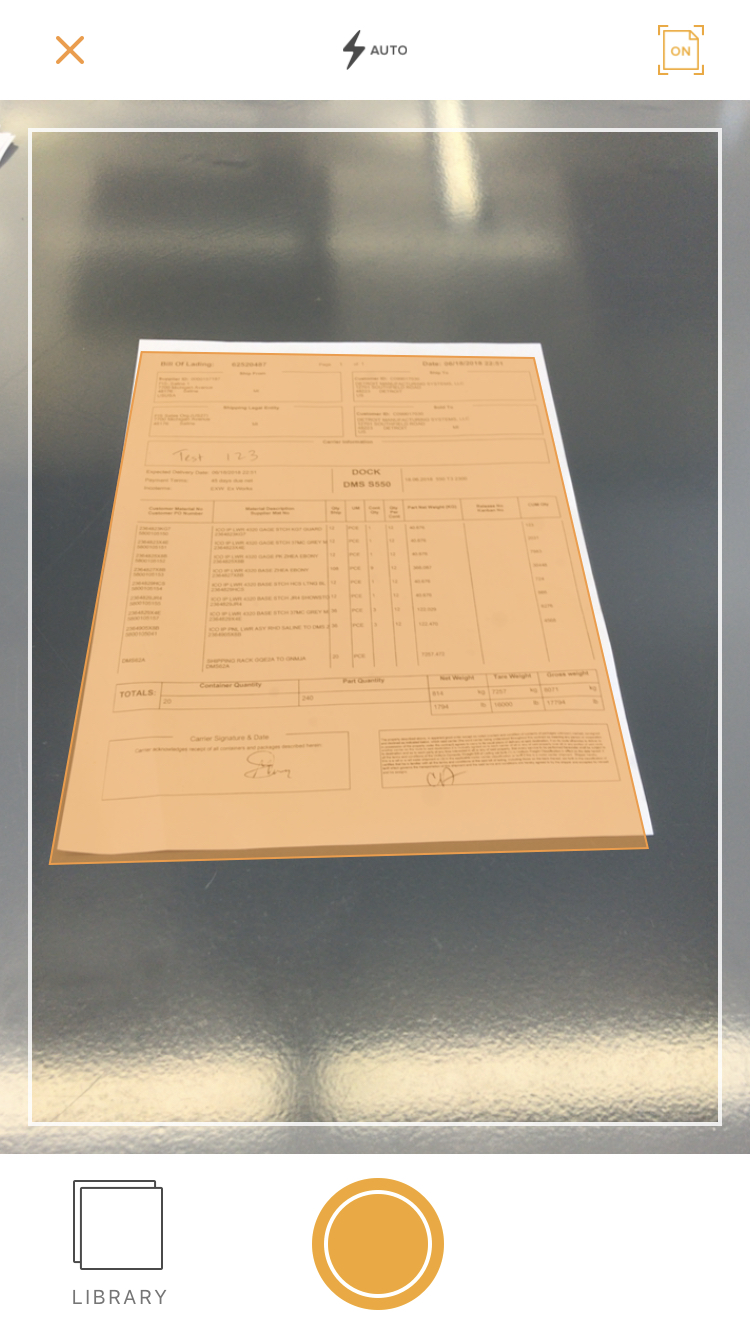 The orange glow gives drivers using the Vector app the go-ahead to take a picture of the document.

When scanning a document with the smartphone app, Chu demonstrated how the algorithms create a silhouette — an “orange glow” — around the document. When drivers see the glow they can take a picture at any angle or height. The app automatically removes any skew from the image to make it look like a flat piece of paper.

Vector developed the imaging technology especially for a trucking environment where documents are notoriously not “clean and crisp,” Chu says. “We have to make our platform understand a messy world. Our algorithms work under messy constraints.”

The software instantly read typed and handwritten information on the bill of lading that included the document number, the customer ID, the quantity and count of each SKU, and the driver’s name.

All of this information was instantly transcribed to a table with fields that could be integrated with a user’s TMS system through APIs to create invoices. Chu says that Vector already has integrations with Trimble (TMW), McLeod Software and other providers for rendition billing.

“With our system, there is no more shuffling mailed-in paper, faxes, or having to manually sift through and index document scans coming in piecemeal via lots of different emails,” Belcher said. “This eliminates the need for manual entering of information and cuts down dramatically on data errors. It’s fast and efficient and represents the new age in the digitization of the supply chain.”