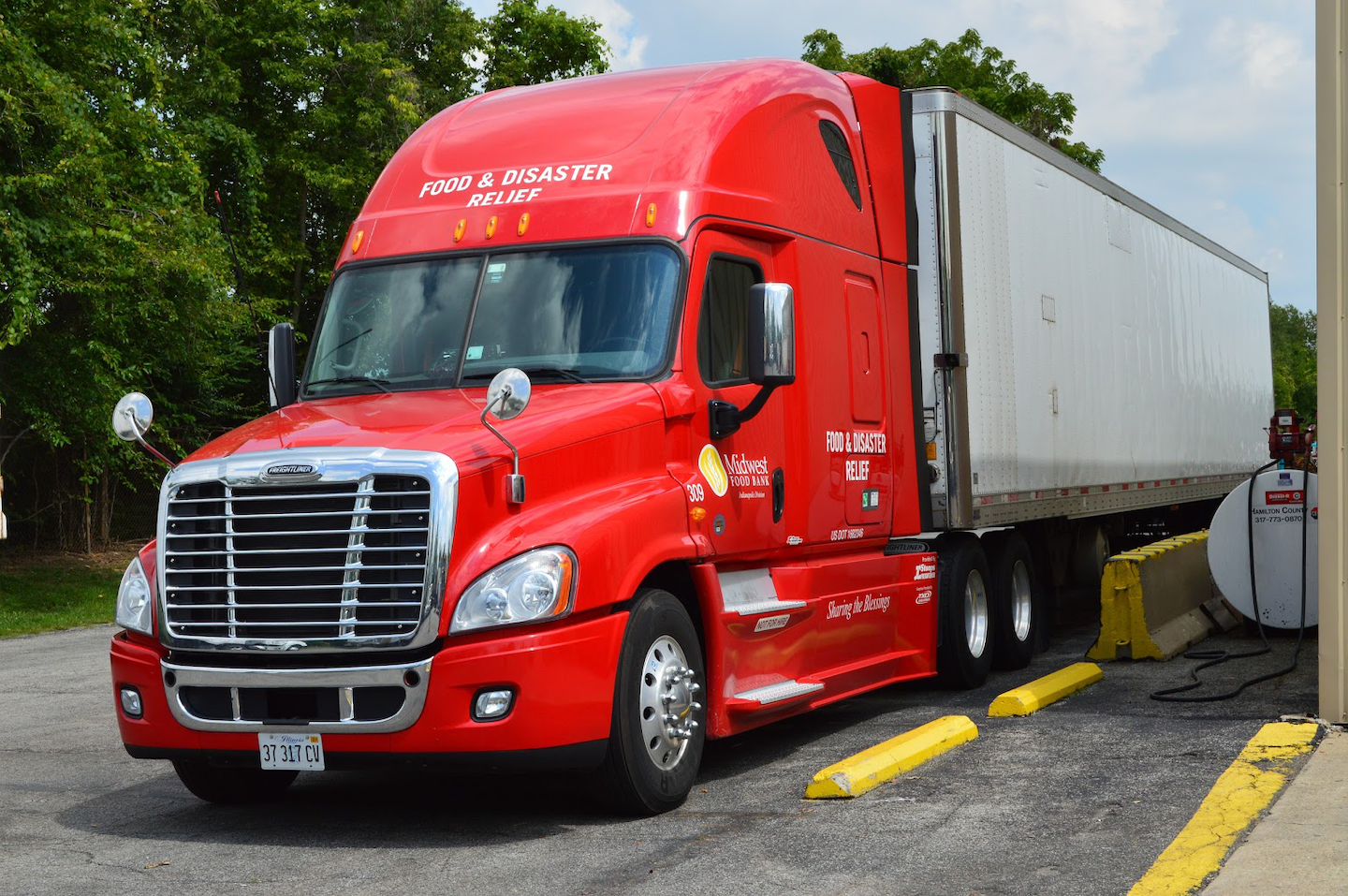 The Indy Hunger Network has launched a resource for truck drivers to help find a nearby food bank that can accept rejected food loads.

Truck drivers in or near Indiana who get their food loads rejected by a receiver can utilize a new resource to find the nearest food bank to unload the rejected food.

Food Drop is a program developed by the Indy Hunger Network that is meant to benefit both trucking companies with rejected food loads, as well as food banks across Indiana. The program started as a pilot project at food banks in Indianapolis last year and went statewide in October.

Alex Sindorf, food systems coordinator with the Indy Hunger Network, says the program has mostly connected with larger food banks that can accept a full truckload of rejected goods if needed.

Drivers who get their loads rejected and are in Indiana or will be traveling through the state to their next pickup location can go to www.FoodDropIN.org to see a list of nine participating agencies with contact information, and in many cases, after-hours phone numbers for drivers stuck with loads at night or on weekends.

Sindorf says the program got rolling when John Whitaker, the executive director of the Midwest Food Bank, approached the Indy Hunger Network about the struggles of truck drivers with rejected loads. She says Whitaker has years of experience with the trucking industry and the retail grocery industry, so he knew it could be difficult at times to find a place for rejected food.

The food banks listed on the site will accept perishable and non-perishable food, grocery items and non-alcoholic beverages, including fresh, dry, refrigerated and frozen products. As long as the seals are not broken and any original labels or dates remain on the products, food banks will accept them.

Drivers who donate will also receive a tax deduction receipt to write off the donation.

“Even though we’re only in Indiana so far, we have found in talking to truckers that Indiana is a crossroads of America, and many drivers pass through here on a regular basis,” Sindorf says. “We hope it’s a convenient place to drop off rejected loads.”

Sindorf adds that her group has talked about expanding the service beyond Indiana but that it’s still in the early stages, and they are taking it step-by-step.

Get the business tips, industry insights and trending news every trucking professional needs to know in the CCJ newsletter.
Sign Up
Top Stories