Jason Cannon, CCJ chief editor
Feb 25, 2019
Paccar is recalling more than 1,700 Peterbilt and Kenworth trucks due to a possible defect in the fuel pump of certain Cummins ISX15 engines.

Note: This is the first of a two-part series on over-the-air engine updates. The second installment, which looks at the connectivity of the truck, will publish tomorrow.

Technology similar to that used by Apple and Samsung to update or de-bug software on its smartphones is being baked into most new trucks rolling off the assembly line.

Through over-the-air (OTA) engine updates, fleets can have engine operating parameters tweaked without ever rolling into the dealership, turning a process that can take a day or more in the service bay into something that can be completed during an Hours of Service break.

Andrew Dondlinger, Navistar’s vice president of Connected Services, says reasons for an engine calibration change could include vehicle performance – including MPG and efficiency improvements – or warranty concerns from the manufacturer.

“When you design an engine, a calibration becomes more and more mature over time,” Dondlinger says, “and you may see the way a particular calibration is working and you can change it to improve the durability or life of the engine. So there are times that reflashes are put out because of warranty type challenges and trying to improve the customer’s uptime.”

Additionally, David Pardue, vice president of connected vehicles and uptime services for Mack, says updates can include a mix of parameter changes that may be requested by the fleet to adjust truck performance based on the vehicle’s intended utilization. For example, in addition to software updates, customers can also change a handful of vehicle parameters like road speed and idle time or switch vehicle modes to maximize fuel efficiency, unlock more power or create a balance between the two.

How does it work?

Through cellular or Wi-Fi connectivity, Cummins Marketing Communications Manager – Digital Accelerator Anuj Shah says Connected Software Updates can occur in the field at a convenient time and location for the fleet, minimizing delivery or driver disruption.

Fleet managers are notified of an available software update and initiate the update in the Connected Solutions Portal, which can also be set to auto-approve any new software updates.

“Once initiated by fleet management, Cummins packages the update, encrypts and sends it to the engine while the vehicle continues its mission,” Shah says.

The driver then receives a notification that an update is available for their engine.

“Driver parks the vehicle, turns off the engine, turns accessory power to on, enables the update and waits for as little as five minutes for the update to occur,” Shah says.

The engine control module (ECM) unpacks the data and writes it to the ECM, which reduces the likelihood of a system crash. The ECM retains the old settings until the update is complete, ensuring uninterrupted operation.

Similarly, when a Detroit engine update is available, the fleet manager receives a notification through the Detroit Connect Portal along with a list of eligible trucks. It’s then at their discretion when to send the update to the trucks they’ve selected.

“The driver doesn’t receive notification of that update being available until it’s fully downloaded to the hardware,” says Daimler Trucks North America Product Strategy Manager for Connectivity Lauren Attinasi. At that point, the driver can decide when to apply the update, guided by instructions in the instrument cluster.

Like the Cummins platform, the previous version of the Detroit software remains on the truck until the update has been applied as a safeguard “to help make sure the vehicle can continue on its way,” Attinasi says.

When a Navistar engine update is available, fleets receive a notification either through the OnCommand Connection portal or via the companion app. From there, the mobile app can be connected to the truck to validate the new calibration before choosing to download and update the system.

Volvo powertrain updates related to quality are communicated to Volvo customers via the ASIST portal as well as through the ASIST app.

“The customer will have to call the Uptime Center to make an appointment for activation of the update,” says Ash Makki, Volvo Trucks North America product marketing manager. “Remote Diagnostic cases are usually the trigger for a remote update, but customers sometimes just schedule to have multiple vehicles updated in a batch just to make sure they are on the latest version. Customers can schedule an appointment for an update, but we are usually able to accommodate immediate update requests as well.”

Mack OTA updates also funnel through customer service. Pardue says all Mack OTA updates are wholly managed and monitored by Mack OneCall uptime agents at the Mack Uptime Center to ensure the quality of the update, as well as safety and security throughout the process.

“Having the process initiated and monitored by live uptime experts allows Mack to reduce the risk of something going awry to miniscule levels,” he says. “Should something go wrong during the update, the OneCall agent can simply restart the process.”

Mack Over the Air updates are cellular-based and utilize the Mack GuardDog Connect hardware and communications platform.

“Updates can be, and are, performed in conjunction with planned downtime for the driver, including Hours of Service breaks, while being loaded at a terminal [or] during planned preventative maintenance,” Pardue says. “Some customers prefer that the updates occur when the trucks are back at their terminal under the supervision of their fleet technician. In that case, multiple trucks can be updated in one appointment.”

Even though updated parameter sets are designed to increase efficiency and reliability, the fleet is always in control of the process and the OEM cannot force an update.

Pardue says all Mack OTA update events are approved and pre-scheduled with the fleet’s identified decision maker. Once confirmed, the driver is made aware – usually by the fleet – and the update is scheduled.

“A customer must approve an update unless they set their system to auto-approve all updates from Cummins,” Shah adds. “Once approved by fleet manager, the driver receives notification and must also approve the update before installing.”

Dondlinger says work is ongoing with regard to on-the-fly parameter reflashing, which wouldn’t be a full reflash but more of a shifting of parameter variables to improve engine operating efficiency.

“But I don’t think we would offer something on-the-fly like that without the customer selecting that they want that option,” he says. “The customer controls the reflashing of the vehicle. We cannot push anything automatically to them.”

“Remote Programming does not update without authorization,” Makki adds. “Only customer-authorized people are allowed to request the installation of the update.”

Due to connectivity issues, download attempts may not always successfully complete.

Shah says if an interruption occurs, the operator can request the fleet manager retry the software update.

“If there is an issue with reprogramming, it will continue to attempt to overlay it until it’s successful,” says Dondlinger, who notes that Navistar has never seen an update failure in the field unless the ECU is “broken.”

“Generally speaking, if the ECU is broken the vehicle isn’t operating anyway,” he says.

“But if we were to see this, the [Customer Care Center] agent would have multiple options,” he says. “Retry the Update. Recover back to the previous software version. Or recover back and then retry the update again.”

“If the vehicle does end up stopped in the middle [of an update], it will roll back to the previous software version,” she says. 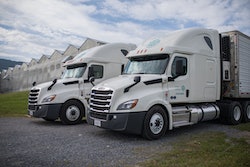 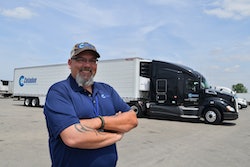 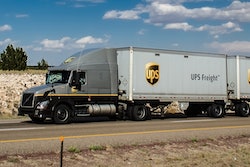 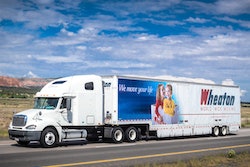