Freight-matching brokerage Convoy announced Thursday a new function in its app, Automated Reloads, that allows carriers to book multiple loads at a time, all without any human intervention.

Convoy touts the program as one that can boost driver earnings, minimize unloaded miles and eliminate wait times between loads. Convoy’s algorithm “evaluates and continuously optimizes how loads can be grouped in real-time.”

Via the app, carriers place bids on these multi-load runs or can instantly accept pre-planned combinations as a single job. Convoy’s app “customize(s) live as well as drop-and-hook packages in real time for each carrier by understanding their unique preferences, hours of service and driver locations, wait time at facilities and other considerations,” Convoy said in its announcement.

Carriers can create one-time or recurring requests for preferred lanes, or search for specific cities, and then look for offers with reloads packaged together. They then can add reloads via routes suggested by Convoy. Once those steps are completed, carriers can either bid on the loads or accept the rates offered.

“Traditionally, brokers or dispatchers pair shipments that are obvious to spot.  But they missed out on a large part of the opportunity,” said Ziad Ismail, Convoy’s chief product officer.  “Given the complexity and speed of the freight market, a real-time algorithmic optimization is ideally set up to minimize empty miles and help carriers.”

Convoy launched its app-based brokerage in 2015, and it announced this year that has reached full automation with its load matching, meaning shippers post loads and they’re matched with carriers without any interaction between the two parties. In addition to the Reloads feature, Convoy this year also announced an “automated bidding” feature that automatically matches loads to carriers via their pricing and lane preferences and its Convoy Go drop-and-hook trailer pooling service. 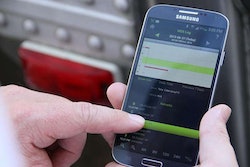 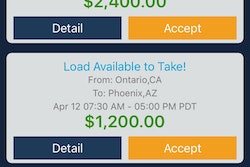 NEXT Trucking to open 18-acre drayage facility in Long Beach