Mack Trucks debuted the Anthem in 2017 with hopes the tractor would become the on-highway truck that the Mack Pinnacle struggled to become.

Having already delivered more than 12,000 Anthem tractors since its debut nearly two years ago, Mack’s Director of Product Strategy Roy Horton says sales of the model are outpacing levels seen by the Pinnacle axle back model that Anthem replaced in practically every conceivable fashion.

“We’ve sold more sleepers than we ever have with the release of Anthem,” he says, noting all cab configurations have outsold prior similar spec’s for the Pinnacle axle back.

Mack is one of two truck OEMs with engagement in all three truck segments – low COE, on-highway and straight trucks – but on-highway trucks are nearly 75 percent of the total truck industry, and Anthem became Mack’s flashpoint in unlocking marketshare.

Horton attributes much of those gains to a lower total cost of ownership, driven largely by fuel economy gains.

What gains Horton can’t attribute to the truck itself, he lays at the feet of the company’s truck dealers.

Mack’s dealer network is comprised of 440 Mack dealers, 345 of which are in the U.S.

“Our dealers have invested over $700 million in the network since 2010,” Horton says, adding investments include adding service bays, technicians and sales force.

Network-wide, there are 142 Mack Certified Uptime dealers. Horton says shop efficiency is up 24 percent, diagnostic and repair times are down 70 and 21 percent respectively, and check-in times have been reduced by more than 40 minutes.

Truck orders this year are down sizably from a banner 2018, but driven by order books and 2019 build slots that were filled before the close of last year that was expected.

“We’re in a hot market. You almost get the sense that people are just standing on the ledge looking over trying to talk themselves into a downturn. We’re not seeing it,” says Jonathan Randall, Mack Trucks senior vice president of North American sales and marketing. “The overall truck market continues to perform extremely well for us.”

Mack forecasts 310,000 Class 8 unit orders for North America this year with some “upward pressure” on that number. However, Randall says he expects that pace to slow as truck orders approach 1.3 million units over the last 5 years.

“But production is still going very, very well and that continues to climb,” he notes, adding Mack’s 2020 order book is already open, “and demand is there because fleets are already starting to plan next year’s orders.”

Long haul tractors made up 44 percent of total registrations last year, but that’s up to 50 percent in 2019.

“The big sleeper business is really driving this growth,” Randall says, adding he expects that to soften slightly into 2020 as he forecasts straight truck and day cab orders to grow. “We are up in every market segment we participate in.”

Mack Granite is the leader in the straight truck segment for trucks equipped with big bore power.

This month, Mack Trucks reached a milestone in its connected truck strategy, building the 100,000th truck equipped with the company’s GuardDog Connect integrated telematics solution. First launched in 2014, GuardDog Connect is a proactive diagnostic and repair planning solution that monitors a truck’s critical fault codes that could lead to unplanned downtime, and is also the enabling technology for Mack Over The Air remote software and parameter updates.

If a potential issue is detected, GuardDog Connect sends a notification to Mack OneCall agents at the Mack Uptime Center. In many cases, this action takes place before a driver realizes there is a potential problem. OneCall experts quickly diagnose the issue and, based on its severity, determine the best plan of action. Should a repair be required, proactive repair scheduling and parts confirmation is initiated, all while the truck remains on the road.

“We’ve never experienced a de-rate event out in the field,” says Kevin McCann, vice president of operations for Maple Valley Wash.-based Silver Streak, Inc. – one of the largest local non-union trucking companies in the Pacific Northwest. The company dispatches upwards of 135 trucks during its peak season, a majority of which are Mack Trucks. 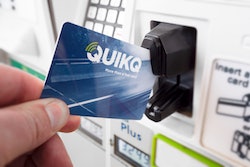