Trucking industry stakeholders and the public at large have 45 days — until Oct. 7 — to file formal feedback for the U.S. DOT to consider when crafting a rule to overhaul federal hours of service regulations.

Comments can be filed at this link, via the regulations.gov rulemaking portal.

The Federal Motor Carrier Safety Administration last week announced a notice of proposed rulemaking that outlined preliminary options for reforms to federal hours of service regulations. That NPRM was officially published in the Federal Register on Thursday, Aug. 22, which opened the public comment period.

Proposed changes include allowing drivers to pause their 14-hour on-duty clock for up to three hours and extending the split sleeper berth options for drivers to include splits of seven hours and three hours.

The agency also proposed more flexible limits around the 30-minute break requirement and allowing drivers to extend their 14-hour on-duty window due if the face adverse conditions like weather or traffic congestion. Lastly, FMCSA proposed expanding the short-haul exemption that could allow more short-haul drivers to skip keeping records of duty status.

FMCSA Administrator Ray Martinez last week encouraged industry stakeholders to comment on the proposal, saying the agency would lean on the public comments to guide development of the final rule.

Read more about the changes via CCJ‘s coverage of the proposal last week. 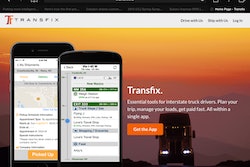