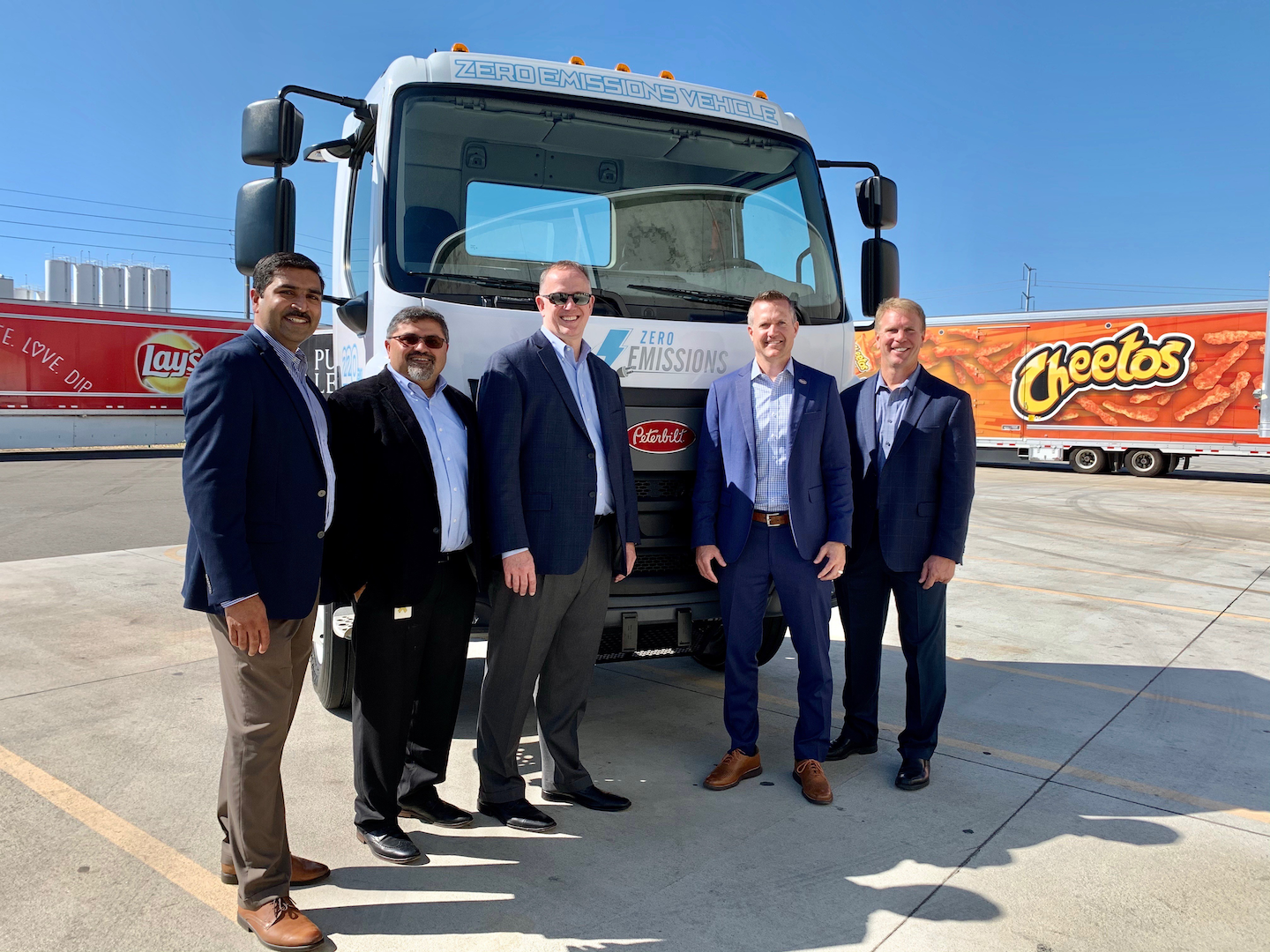 Peterbilt on Wednesday delivered the first of six battery electric Model 220EV to PepsiCo’s Frito-Lay division for use at its Modesto, Calif., Zero- and Near Zero-Emission Freight Facility Project.

The zero-emission 220EV is powered by two battery packs with a total capacity of 148 kWh and a Meritor Blue-Horizon two-speed drive eAxle. With a range of more than 100 miles and a recharge time of one hour, it’s an ideal option for local pick-up and delivery operations.

The deployment of EV solutions, PepsiCo Vice President of Supply Chain Michael O’Connell said, is part of the company’s efforts to reduce its absolute greenhouse gas emissions by 20 percent by 2030.

“PepsiCo and Frito-Lay have a longstanding relationship with Peterbilt,” he added, “and are excited to partner in the advancement of electric vehicles within our fleet and to be the first customer to put the Model 220EV in service in our delivery operations.”