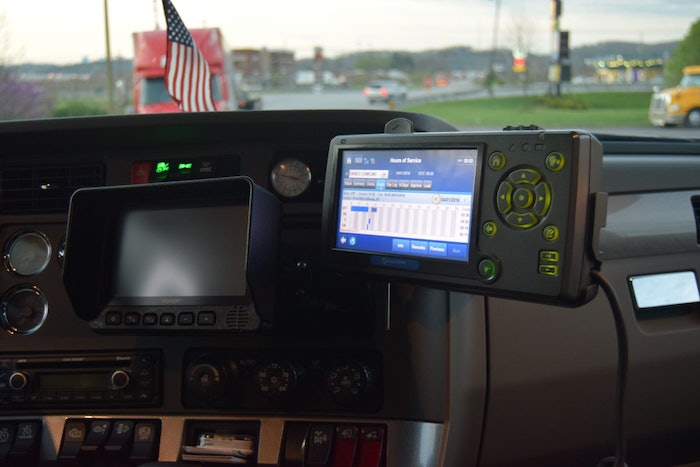 Despite OOIDA’s claims, states say they are within their legal boundaries to enforce the federal government’s ELD mandate and other federal regulations.

Updated Thursday, Nov. 7, 7 a.m. Central: Omnitracs is recommending that users of affected devices return to using ELDs to track duty status, saying it has fixed the issue that caused the ELD connectivity issues.

Omnitracs, one of the largest suppliers of electronic logging devices and telematics systems, acknowledged Sunday that service has been disrupted for some of its in-cab devices, and the company has advised users of affected devices to use paper logs to track duty status while the company works to restore service.

The company says no fleet data has been lost, but that a “GPS rollover event” caused connectivity issues for some devices that began Saturday evening. The connectivity problems have caused MCP 200, MCP 110 and MCP 50 devices to go offline, making time and location data unavailable. The company says it has uncovered the cause of the disruption and is working to “returning impacted customers to full functionality.” IVG, Android XRS and Roadnet devices are not affected and remain functional.

An Omnitracs spokesperson would not say how many devices are affected nor the timeline for when service is expected to be restored.

CCJ surveys from last year show that roughly a third of fleets use an Omnitracs ELD system.

Under the ELD rule, FMCSA allows drivers to revert to paper logs for up to eight days if their ELD malfunctions.

“Resolving this issue is our highest priority, and our team is working around the clock until all units are again fully operational,” says Omnitracs CEO Ray Greer in a blog post on the company’s website. He said the company is working with its chipsets supplier to “promptly develop a firmware update to fix the issue.”

“Simultaneously, we are exploring software alternatives to address the time and location issues that are impacting the system in the event the firmware update takes longer than expected,” he said. “We deeply regret the inconvenience this has caused our customers and will continue to provide regular updates to them as we make progress in fixing this urgent matter.”