Dart Transit Company, in its 85th year, has appointed Dave Ables as the company’s new president and CEO. Chosen through an extensive national search process that was overseen by Dart Chairman Donald G. Oren, Mr. Ables will be responsible for directing the day-to-day operations of Dart Transit Company. Mr. Ables will lead Dart’s management team, and he will report directly to Mr. Oren, who will continue his daily involvement in the overall operation of the company that the Oren family has owned since its founding in 1934.

Mr. Ables brings 25 years of transportation experience to his new position at Dart, serving in executive leadership positions for the past six years with truckload carrier PAM Transport. Prior to his appointment with Dart, Mr. Ables was the vice president of operations and marketing for all 13 operating divisions at PAM Transport. 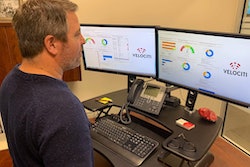 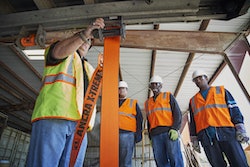 Report: 25% of drivers aren’t learning what they need to in fleet orientation