Smith Transport: The frontlines of safety

Before Smith Transport installed the SmartDrive technology, the majority of drivers in the fleet used personal dashcams to protect their own interests. Now that a corporate device in the vehicle, management is assessing driver skills and behaviors remotely.

Staying on top of driver behaviors captured from the technology has required a major shift in training strategy.

Rich Buchanan began working at Smith Transport in 2000 as a driver. Sixteen years later, he moved to the office to become the lead driver trainer. Initially, most of his time in the office was spent training drivers using a full-motion simulator.

Buchanan now trains drivers using information that comes from the SmartDrive system. He is responsible for coaching drivers at the company’s main office in Roaring Spring, Pa. The fleet also has driver trainers at other terminal locations.

Each morning, he opens the SmartDrive web portal to review events in his coaching queue. The events are scored based on severity. For each event, the SmartDrive dashboard gives a synopsis of what driving skills should be improved to lower accident risk.

He also monitors his dashboard to see if any drivers have safety scores above the fleet’s threshold. Visualizations show how the scores are trending and what events caused them to increase.

As a former driver, Buchanan coaches drivers over the phone or in person, depending on the severity of the event. When reviewing an incident with drivers, he reviews the video timeline. Data included in the timeline are braking and throttle inputs, g-forces, speeds, engine load, RPMs, activation of the traction and cruise control systems. The event data gives an accurate accounting of what happened.

When drivers make improvements and take actions to prevent accidents, Buchanan makes sure to give them praise as well. “You do not just talk to those who did bad,” he says. “It is not just used as a disciplinary tool.”

To contact a driver for a coaching session, Buchanan accesses the fleet’s AS400-based dispatch system. With the integration it has with the Omnitracs telematics platform, he can “pull up anything about the driver” to view where the driver is at and other job status information so as to “be mindful of guys while they are on a 10-hour break.”

Armed with this information, Buchanan says he catches most drivers for coaching sessions right when they start their workdays, typically between 7 and 8 a.m. “That’s when I like to call and say, ‘I’ve got to talk to you for a second.’”

The recent investments in technology are giving Smith Transport insights and benchmarks to drive continuous improvements in safety and enforce its culture of “safety begins with me,” says Todd Smith, president and chief executive. 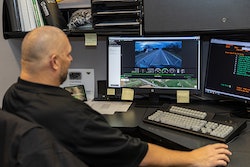 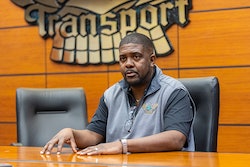 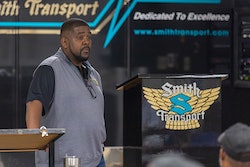