The Truckload Carriers Association, in partnership with CarriersEdge, has announced the 2020 Best Fleets to Drive For.

The Best Fleets contest is based on driver surveys and interviews conducted by CarriersEdge and seeks to recognize for-hire trucking companies that provide the best workplace experience for drivers. To be considered for the program, fleets must operate at least 10 trucks and be nominated by one of their company drivers or owner-operators. The carriers were then evaluated on various categories, including compensation, benefits, performance management, professional development, advancement opportunities and more.

Two overall winners — in small and large fleet categories — will be named during TCA’s annual convention March 1-3 in Orlando, Florida. The 2019 winners were Nussbaum and Prime Inc.

Additionally, violations by vehicles exceeding 26,000 pounds could include a one-year registration suspension.

Trucking Association of New York President Kenda Hems said she hopes that between now and April 1 when a final state budget is due, the organization can work the governor and legislators to create what she called “a more reasonable fine structure.”

Hems said TANY has long been part of the state’s bridge strike task force trying to inform truckers about restrictions on New York’s parkways. She said the state has added improved signage to keep trucks off the old narrow parkways that are crossed by low bridges.

Hems also said much of the problem of trucks on the restricted and aged parkways can be traced to two issues — out-of-state drivers unfamiliar with the parkways and their truck restrictions, and drivers using GPS units or apps that don’t show trucking-related information and not paying attention to parkway signs. –David Hollis, Truckers News 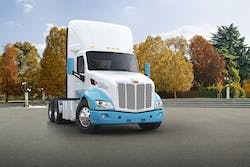 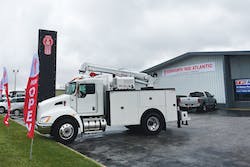 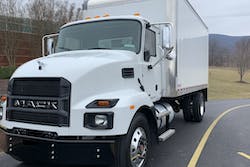 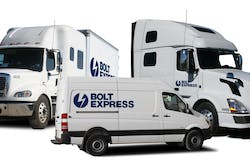