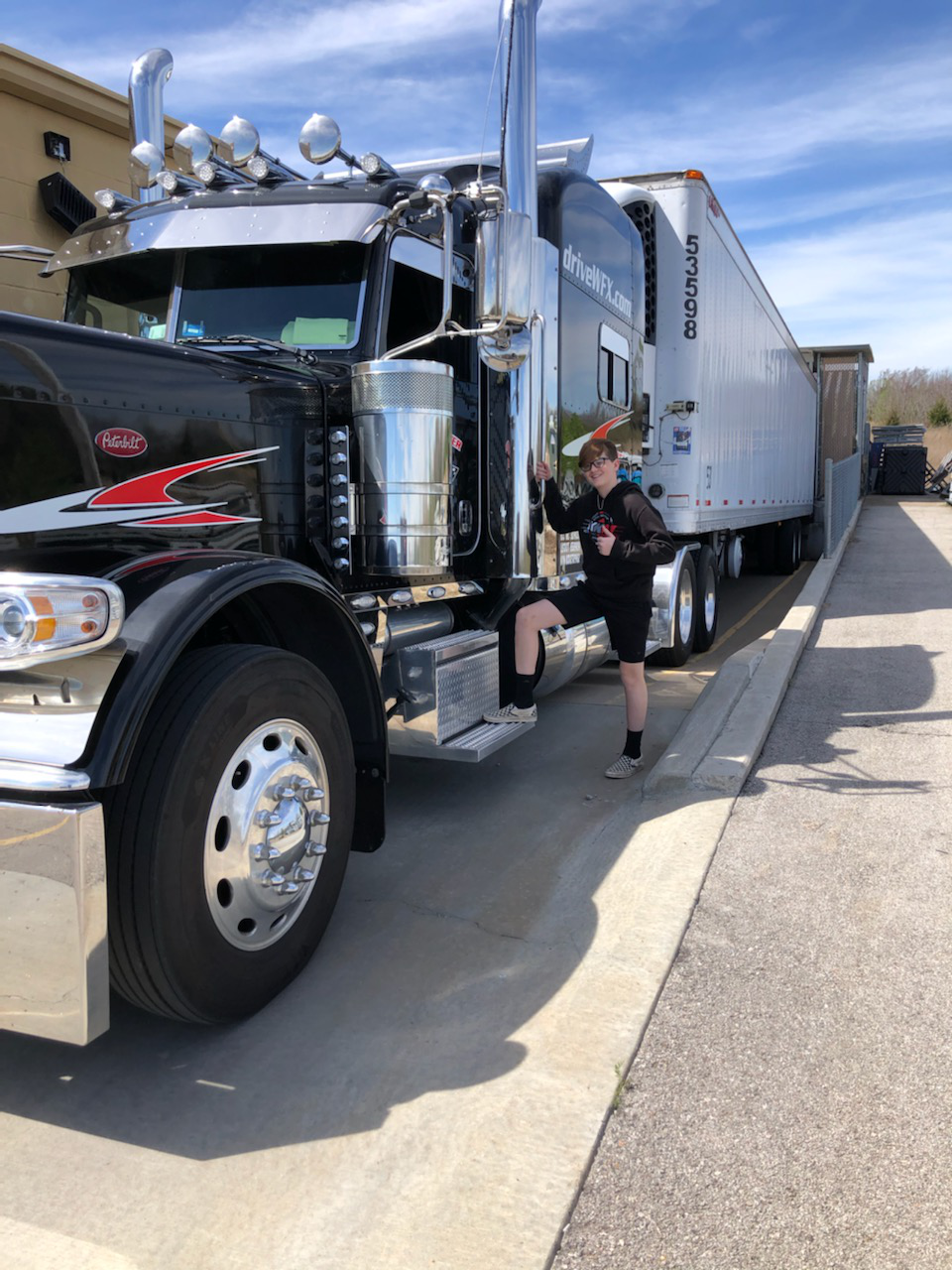 Randy Timms made timely deliveries to small grocery stores in Oklahoma and Texas. He brought his son and other family members along.

In early March, grocery stores began running low on inventory as COVID-19 was spreading in the United States. Randy Timms started to think of people in small towns with limited shopping options and how he could help.

Western Flyer Express (WFX) had a new contract with a grocery distributor to deliver to small towns in Oklahoma and Texas. As the company’s chief executive, Timms saw an opportunity to join the front-line coronavirus response and to “show everyone within my company that, at end of the day, the most important people we have are drivers.”

Timms founded WFX in 1991 with his father. As a business owner, he always had a CDL but never drove for an extended period of time as the Oklahoma City-based fleet grew to operate more than 1,000 trucks with company drivers and contractors.

On Saturday, March 21, Timms stepped out of the office and into the driver’s seat to make urgent grocery deliveries to out-of-stock stores for the customer.

“It’s important, in this time of crisis, for our drivers and contractors to know the entire WFX team is behind them as we execute,” he said. “We couldn’t be more appreciative of them and their incredibly important role in supporting America.”

With few exceptions, drivers at WFX did not express concerns about working during the COVID-19 pandemic. “They are out there doing their job. It’s been pretty great to see,” Timms said. “I anticipated it was going to be challenging.”

Timms didn’t go alone. He returned home for three nights, and each time he picked up a different family member to come along. His wife joined him for an extended trip and his son and daughter joined him on shorter trips.

“I wanted them to be involved,” he said.

Driving was not the only activity, as Timms helped short-staffed stores unload freight on the docks. Only one store checked his temperature before allowing him to enter the dock, he said. From his perspective of driving in the middle of the country it appeared people were conducting business as usual, unlike what drivers are experiencing in large cities on the East and West coasts.

Some customers of WFX in those areas of the country “don’t want drivers on their dock anymore,” he said, noting the irony of these policies since truck drivers are “the essence of social distancing.”

WFX has been busy during the COVID-19 pandemic, but Timms does not expect business to continue at its current level much longer.

“We are anticipating a severe drop off [in freight] and I’m already starting to see it. If it is not an essential commodity, the market is getting soft,” he said.

As the CEO, being away from the office for nearly a full week has been challenging, and “I’m still trying to get caught up,” Timms told CCJ on Friday evening, March 27. He spent the day in the office but was planning to make additional trips over the weekend to keep the company and the country moving.