Three major for-hire carriers and a large private fleet have partnered with autonomous truck developer TuSimple to test the company’s self-driving technologies in real-world operations over the next four years. As part of a plan to build out a geographical network of lanes nationwide, UPS, U.S. Xpress, Penske Truck Leasing and private fleet McLane plan this year to deploy TuSimple’s autonomous truck tech, which is a system that retrofits onto existing trucks.

This year, the four carriers will operate on highways between Phoenix, Tucson, El Paso, Dallas, Houston and San Antonio. That testing network builds on a $95 million round of funding the Arizona-based TuSimple received last February. It said then it intended to use the funds to expand its testing fleet in Arizona and then into Texas.

Testing on those lanes will take place through next year, TuSimple says. Then, in 2022-23, the companies plan to expand the autonomous network with a lane running between Los Angeles, California, and Jacksonville, Florida. Next, in 2023-2024, TuSimple says it intends to expand its network to operate nationwide.

The goal, says TuSimple, is to make its Level 4 autonomous system commercially viable by 2024.

With the new autonomous network, TuSimple says it is also launching TuSimple Connect, an autonomous operations monitoring system intended to ensure safe operations and allow shipper customers to track their freight in real-time.

“Our ultimate goal is to have a nationwide transportation network consisting of mapped routes connecting hundreds of terminals to enable efficient, low-cost long-haul autonomous freight operations,” said Cheng Lu, president of TuSimple. “By launching the [network] with our strategic partners, we will be able to quickly scale operations and expand autonomous shipping lanes to provide users access to autonomous capacity anywhere and 24/7 on-demand.”

Navistar takes a stake in TuSimple, companies aim for fleet-ready autonomous truck by 2024 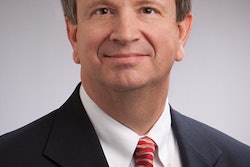