FMCSA opens comment period for proposed hours flexibility pilot program
The Federal Motor Carrier Safety Administration is now accepting comments on a proposed pilot program that would give more hours of service flexibility to drivers by allowing them to pause their 14-hour clock. The agency announced the proposal Friday, Aug. 28.

This new public comment period by FMCSA looks for feedback on off-duty breaks of as few as thirty minutes — and not more than three hours — to be allowed to pause the 14-hour on-duty window as long as the driver takes 10 hours off-duty at the end of the work shift. Comments can be made here through Nov. 2.

The agency said in the notice that it proposed to include this pause in the HOS changes set to take effect Sept. 29, adding that “a single pause of up to 3 hours would provide significantly more flexibility than is allowed under the current rules. The pause would have allowed drivers to take an off-duty break without fear of exhausting their available hours under the 14-hour clock, which would also have allowed them to get additional rest or avoid traffic congestion.” FMCSA ultimately left the pause out of the rule due to concerns from commenters who believed drivers would be coerced to use the break to cover detention time and not allow drivers to get proper rest.

The proposed pilot program, FMCSA said, is designed to discover the extent to which “detention pauses” occur and their effects on drivers, compared to pauses taken under other circumstances.

Participation in the proposed pilot program, proposed to operate for three years or less, would be limited to a certain number of CDL drivers who meet the criteria specified for participating.

Information FMCSA is requesting from the public during the comment period includes, but is not limited to:

For truckers, speeding was the most common traffic violation during Operation Safe Driver Week, which resulted in 2,339 citations and 3,423 warnings. Other common violations were failure to wear a seatbelt, failure to obey a traffic control device, using a hand-held phone/texting, and improper lane change.

“Although CVSA is a commercial motor vehicle safety organization, it was important that passenger vehicle drivers were also involved in this annual week-long driver safety enforcement initiative,” said CVSA President Sgt. John Samis with the Delaware State Police. “When commercial motor vehicles and passenger vehicles collide, no matter who was at fault, the results can be catastrophic, especially for the smaller and lighter passenger vehicle. Preventing crashes from happening requires every driver – commercial and personal – to be aware of how to safely share the road with other types of vehicles.” 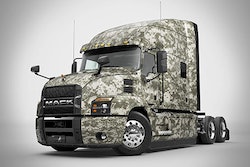 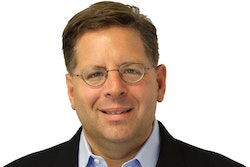