Amazon’s truckload brokerage operation, which rolled out nationwide in May after a year-long pilot test in a five-state area in the Northeast, appears to be off to a sluggish start.

With the freight market upended by the COVID economy, Amazon’s struggling to simply find capacity for its own freight, let alone build up a network of capacity to sell to other shippers. The online retail giant is reportedly offering top-dollar rates now to lock in needed capacity.

“Amazon used to call the shots. Now they realized they have to fit into this ecosystem and use the carrier base and not abuse them,” said Chris Wolfe, CEO of Powerfleet, an asset management platform.

Largely seen as a move to gobble up truckload capacity — as a means to potentially control that capacity during peak seasons and, otherwise, to sell that locked-in capacity to other shippers — the freight.amazon.com hub is geared toward small- and mid-sized fleets and puts Amazon in competition in the digital brokerage space with companies like Convoy, Loadsmart, Uber Freight and others.

It’s no secret that pandemic spending habits have been good for Amazon. The company posted record profits and revenues in recent quarters, with big spikes in e-commerce helping to drive a wave of retail spending across the economy.

With spot market rates surging to near-record levels, smaller carriers and owner-operators have been able to have their pick of well-paying loads in recent months. With rates so strong, Amazon’s plan to offer above-average rates in contracts with owner-operators stumbled in its first months.

That was a dynamic the online retailer didn’t anticipate when it was working toward deploying the brokerage,  since that work was largely done prior to the start of the pandemic. “When Amazon started its freight brokerage push, [they thought] there would always be capacity available and drivers looking for loads,” said Carson Kreig, CEO of supply chain visibility firm Convey, meaning that smaller carriers would have an incentive to contract with Amazon at those strong contracted rates.

Now, however, “drivers don’t want to dive into a contract rate for Amazon when the spot market is so favorable.”

That’s obviously a dynamic that could change, but it’s unclear whether Amazon will soon morph into the digital brokerage behemoth that many feared when the company set its sights on the truckload market. “They’re still a force to be reckoned with, but $70 billion a year annual spend doesn’t equal the [$1 trillion] in freight movement in the system,” said Wolfe. And even as Amazon attempts to grow its brokerage, to the extent it can, “the system will be self-correcting around them,” he added. 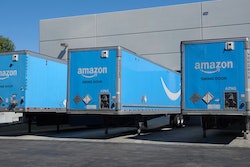 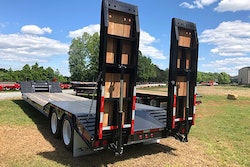 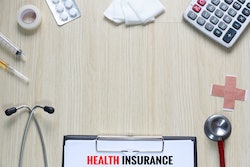