Orders last month were up 26% from September – a point FTR Vice President of Commercial Vehicles Don Ake called “the turning point for the Class 8 market” – and jumped 83% year-over-year. October’s order boon suggests the market is returning to a traditional order cycle and heavy truck orders for the past 12 months total 215,000 units.

“Fleets continue to order Class 8 trucks in large quantities for 2021 delivery,” Ake said. “The freight markets are holding up surprisingly well after coming out of the lockdown stage of the pandemic. Consumer retail sales remain vibrant, necessitating frequent restocking which has kept freight rates elevated, capacity tight, and generating the need for more trucks.”

As fleets developed a more confident outlook on future freight demand, Ake said carriers not only began placing large orders to replace older units, but also are expanding to capitalize on tightened capacity.

“There is still some pent-up demand from the OEM shutdowns in March and April,” he said, “but there is also widespread momentum generated after the economic restart that is continuing to build. Industrial freight is still lagging somewhat. If manufacturing starts to rebound, sales go even higher.” 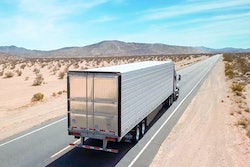 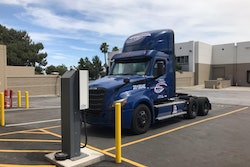 NFI plugging in plenty of trucks 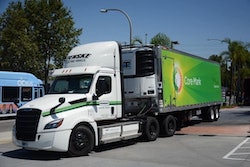 Penske hauling in plenty of data 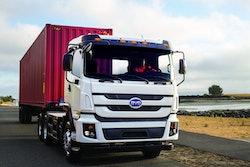