Aaron Huff, CCJ senior editor
Feb 8, 2021
Chris Lankford, senior vice president of software engineering at NEXT Trucking, said that business leaders from tech behemoths may not have the right skills for startups in trucking and logistics.

Editor's note: This is the first installment of a two-part series on the impact of Silicon Valley investing in the trucking and logistics sector. This part covers the expanding Big Tech talent pool. The second part will publish next week and cover the learnings from early successes and failures.

The two largest companies in the world, Amazon and Apple, would not have attained their level of success without developing expertise in transport and logistics (T&L).

Amazon tacked an e-commerce store onto the world’s most sophisticated logistics business. Similarly, Apple's chief executive, Tim Cook, developed world-class expertise in logistics during his 12 years as the company’s director of fulfillment.

Venture capital (VC) and private equity investors see the vital role of T&L in Big Tech companies, but also view the T&L sector as a market ripe with opportunities for disruption.

During the last five years, most VC investors have looked for exposure in T&L, said Zack Linford, a Silicon Valley investor. The numbers tell the story. A May 2020 report by management consulting company McKinsey tracked total investments in logistics startups from 2015 to 2019 at $28 billion.

Technology startups in T&L are leveraging a massive flow of capital, labor and ideas from Big Tech. Many carriers and logistics providers also have big plans for growth by developing new technologies, using third-party applications and recruiting tech talent. Perhaps the question on everyone’s mind is will the industry be changed more from without or from within?

In the trillion-dollar T&L market, VC investors see a chance for even small successes to be magnified into significant paybacks. Investors also perceive the freight market has inefficiencies that can be addressed with a contemporary technology approach, Linford said.

Since the days of the Apple Garage in Los Altos, the formula romanticized in Silicon Valley has been the outsider as the protagonist, Linford said. People who have experience at Big Tech companies may not be the type of outsider that VC investors are looking for in the T&L sector, however.

Before starting JLE in 2015, Pohaski was a financial officer at a public West Coast real estate investment firm where he managed a $4.5 billion portfolio of upscale hotel assets.

When a friend explained the challenge of running a small flatbed business, Pohaski saw an opportunity to bring to trucking “the financial discipline, technology, and most importantly the quality of service learnings at the foundation of his experience in hospitality,” Linford said.

“He knew that if you could get drivers better freight and get customers more reliable service you'd be able to win,” he said. “To us as the outsiders and investors, Evan's outsider vision of ‘change’ was his superpower.”

JLE Industries today operates 385 trucks and has developed a proprietary technology, DriverOS, to maximize efficiency using tools that enable drivers to “maximize their earnings and their happiness by clearly understanding what drives them,” he said.

Most technology startups in the T&L sector are not founded by former Big Tech employees who are looking for their next opportunity, “and that’s fine,” said Christopher Lankford, senior vice president of software engineering at NEXT Trucking.

“Business leaders coming from those tech behemoths may or may not have the right skills for where a startup is in its growth,” he added.

NEXT Trucking is a technology company that connects shippers and carriers with a specialty in drayage from the ports of Long Beach and Los Angeles.

“From what I’ve seen working in the tech industry, having a track record of great outcomes and growth matters far more to investors than touting the specific company where someone may have worked,” he said.

Investments in technology startups has also fueled private equity investments in motor carriers and freight brokers that have plans to change the industry from within, said Prasad Gollapalli, founder and chief executive of Trucker Tools.

Outsiders have developed digital freight matching platforms that disrupt public load boards, but many carriers and brokers have proprietary technology and use third-party applications that change how they do business with each other and with shipper customers, he said.

To fill positions at its fast-growth company, Trucker Tools hires people with experience within and without the industry, Gollapalli said.

“Those who come from outside the industry might ask a basic question that makes us pause. ‘Why are we thinking that way?’" he said. “There is a value from people coming from outside, but you can’t just sit back and let them lead the industry.”

Because of the size of the market, and the possibility of large-scale disruption, technology startups as well as motor carriers and freight brokers see an opportunity to attract top talent from Big Tech.

As in most other industries, technology companies and transportation providers in the T&L sector will have to compete with Big Tech on salaries, work flexibility, and benefits.

Employees from Big Tech who have seen and helped scale processes from zero-to-one are attractive and important contributors at a growing startup within a high-growth industry, said Caroline Broder, an investor at Crosslink Capital, a VC firm based in Silicon Valley.

While at Amazon, Byrum said she and other managers gained experience making quick decisions and anticipating “what comes next.” She compares the experience of keeping up with the company’s growth to “laying track in front of a train going 120 miles per hour.”

In some ways, Byrum said the T&L market is analogous to the early years at Amazon. She was one of the company’s first 100 employees when Amazon’s founder Jeff Bezos appointed her to build a customer service division from the ground up.

Back then, the book publishers in New York City were stuck in a 19th century business model. When Amazon executives told them they needed to scan book covers and make more content available online, “they laughed us out of the room,” she said. “We told them we are going to change the way this works.”

She also remembers teaching early customers of Amazon how to use credit cards to make online purchases.

The motor carriers that work with Freightera are more advanced than early Amazon customers, but getting them up to speed in the latest digital freight matching and electronic communications takes some mentoring, she said.

“Brand names alone are not enough,” said Shawn Kerrigan, COO and co-founder of Plus. The team that founded Plus has built and sold a total of six companies.

“In our experience, investors bet on track record, reputation and idea, in that order, and usually a combination of at least two of these criteria. What’s most important is that you not only have a billion dollar idea in a billion dollar market, but that the founders or executive team have experience successfully taking an idea and turning it into something that customers are willing to pay for.”

With a Silicon Valley connection, JLE Industries has recruited employees with Big Tech experience. The competition for talent at this level is significant, Linford said.

“We've gone straight after folks at Uber, Amazon, etc., and found ourselves waiting in line with everybody else who thought that cohort had all the answers,” he said.

JLE hired a sales executive and a product manager from Big Tech. Those hires did not work out, he said, because the two “brought much more of Silicon Valley technology approach to solving a problem than really holistically understanding the problem to begin with.”

The executives that JLE hired from within the industry, on the other hand, have been “home runs,” he said.

“The common ground is they both know how to use technology to solve the real problems in the industry, not bring in technology in search of a problem,” Linford said.

NEXT Trucking has recruited successfully from Big Tech companies. Lankford sees the competition for talent more about what roles people had versus who they worked for.

“A common characteristic among great tech talent is that they love solving complex problems — the bigger the better — especially if the company is mission driven,” he said. “The problems we’re facing in trucking and logistics today definitely are big, complex, and have the ability to have a positive impact on the lives of drivers and participants in the supply chain.”

Lankford stresses the need to create a tech-focused culture early on to help attract and retain talent in the long term.

“Trying to build a technology practice at a large, established historically non-tech company can be much more difficult to do,” he said.

The T&L industry will continue to change both from within and from without. For asset and non-asset transportation providers, building a technology culture—and a remote work environment — will become more necessary to attract talent and stay competitive.

“As remote work becomes more accepted and more normalized due to the pandemic, tech talent will become more distributed instead of concentrated in a tech hub like Silicon Valley. This will open up the pool of candidates for all companies looking for tech talent,” said Plus’ Shawn Kerrigan. 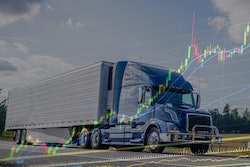 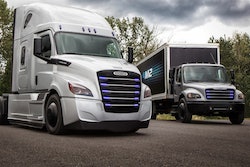 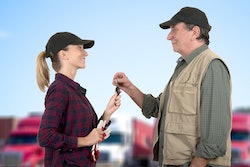 Owning versus leasing an asset