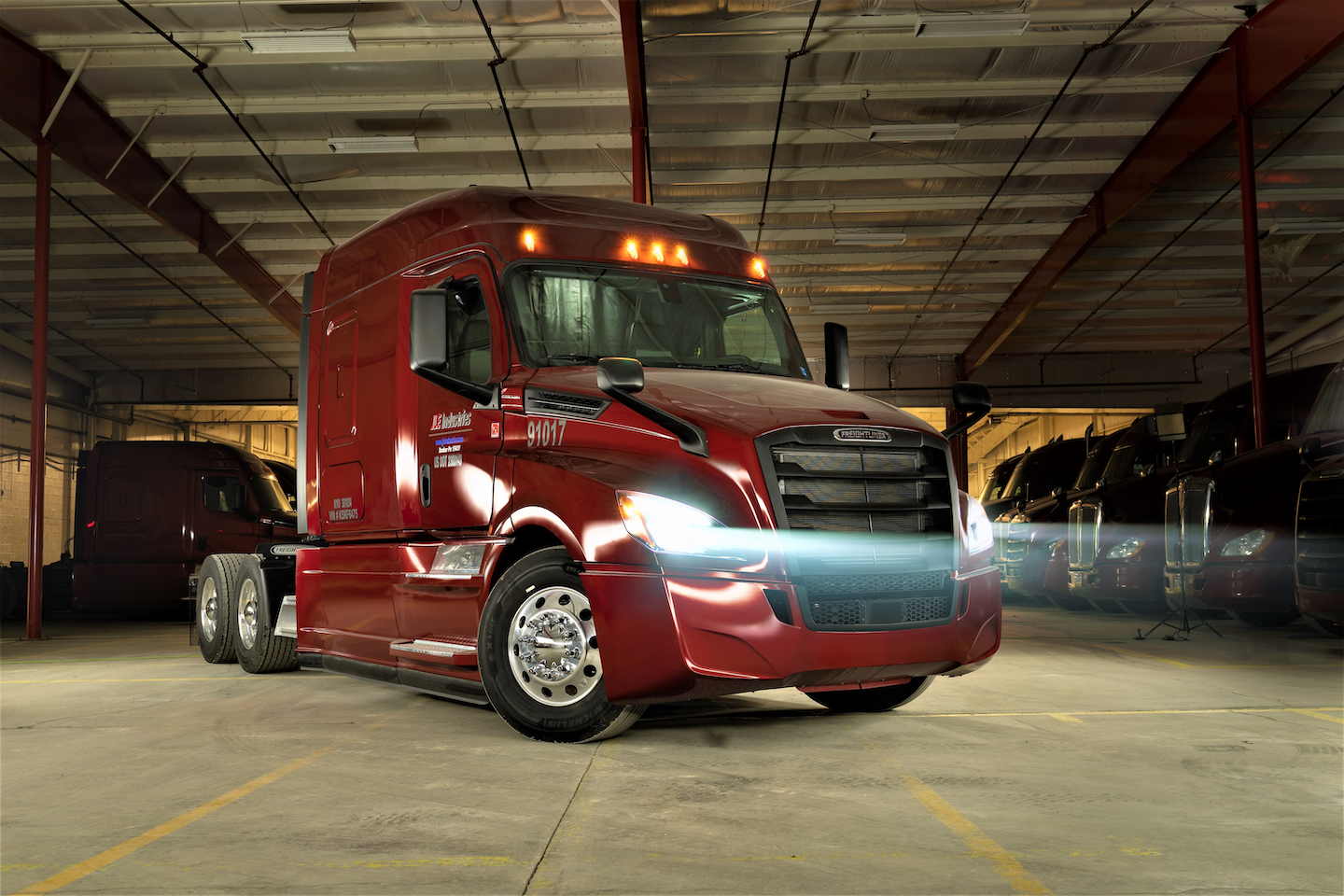 In 2012, Evan Pohaski was pursuing a master’s degree in business administration and was doing a case study when he spotted an opportunity. He realized the trucking industry is highly fragmented, with more than 90 percent of 1.2 million registered motor carriers in the United States operating fewer than 10 trucks.

At the time, Pohaski was working at a West Coast real estate investment firm, where he was managing a $4.5 billion portfolio of upscale hotel assets.

Fast-forward to 2015. Pohaski had quit that job to launch JLE Industries in Pittsburgh, Pa., with business partners from past endeavors. Their plan was to bring size and scale to flatbed trucking, a $150 billion market segment.

JLE is off to a fast start. Investors in Southern California joined as equity partners in the new trucking and logistics company that started with one truck. It now has a fleet of 250 tractors, and Pohaski expects growth to more than double in 2019.

While the flatbed market has seen consolidation in recent years primarily from acquisitions, JLE is taking a different approach with organic growth by capturing and retaining driver capacity.

“We are incredibly well equipped for getting drivers through the door,” says Pohaski, chief executive officer. Drivers enter the pipeline through Rambition, a digital recruiting company that JLE launched with its Silicon Valley-based investment partners. JLE converts the recruiting leads to hires at a rate of 10 to 1, he says. 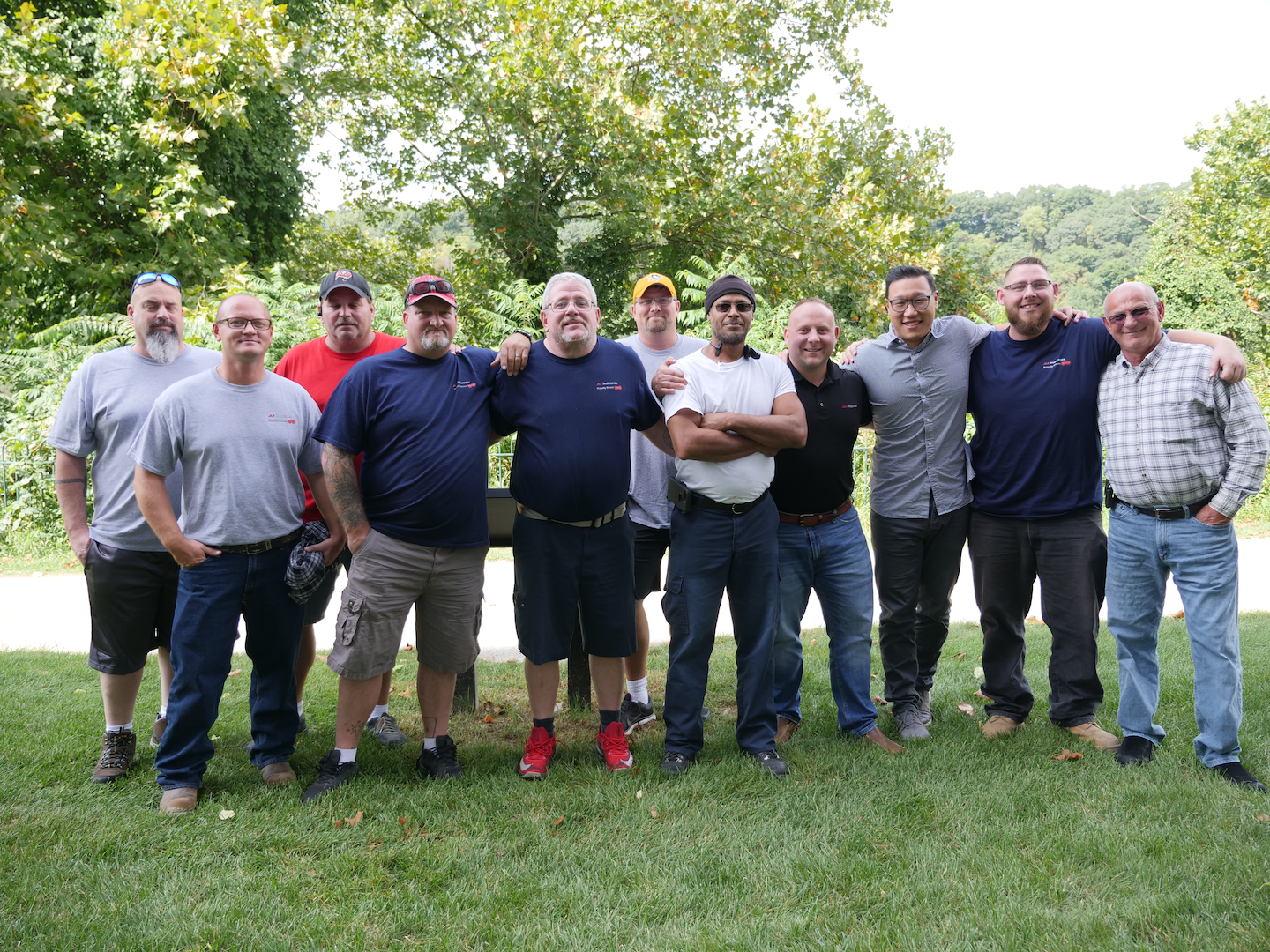 Evan Pohaski, 4th from right, has assembled a staff and designed new processes and technology that center on giving drivers a marquee work experience.

JLE developed another proprietary technology with support from its investment team. The cloud-based DriverOS system gives drivers greater flexibility in loads, among other advantages, while optimizing the service, productivity and profitability of the company’s expanding freight network.

JLE has assembled a staff and designed new processes and technology that center on working to give drivers a marquee work experience like what a guest experiences at an upscale hotel, Pohaski says.

When new recruits arrive for orientation training, their first meeting is with Pohaski, who delivers a simple message on the value of service.

“Welcome to JLE Industries,” he tells the recruits. “Today, everybody gets to become part of something special that is bigger than each one of us. You have become part of a premier flatbed carrier. We sell one thing and one thing only — service. It is very basic. We pick something up, move it safely, on time, deliver it and get paid.”

JLE offers competitive driver pay starting at 50 cents for all dispatched miles. Drivers with more than three years of experience start at 55 cents. The investments the company has made in driver pay, equipment and technology are all focused on service, Pohaski says.

“If we can’t do it consistently better than the next guy, the whole circus goes down the road,” he says.

As a fast-growth startup, JLE and its investment team use technology to operate at scale and differentiate the company in the minds of drivers.

In 2015, the company began to evaluate its options for transportation management software and other technologies. “We walked into the industry blind,” says Zack Linford, a Silicon Valley investment partner.

Linford says the commercial TMS offerings that JLE reviewed were fairly robust, but most were built to serve trucking companies. JLE wanted to take a bottom-up approach and develop a system that would better serve the needs of drivers, he says. 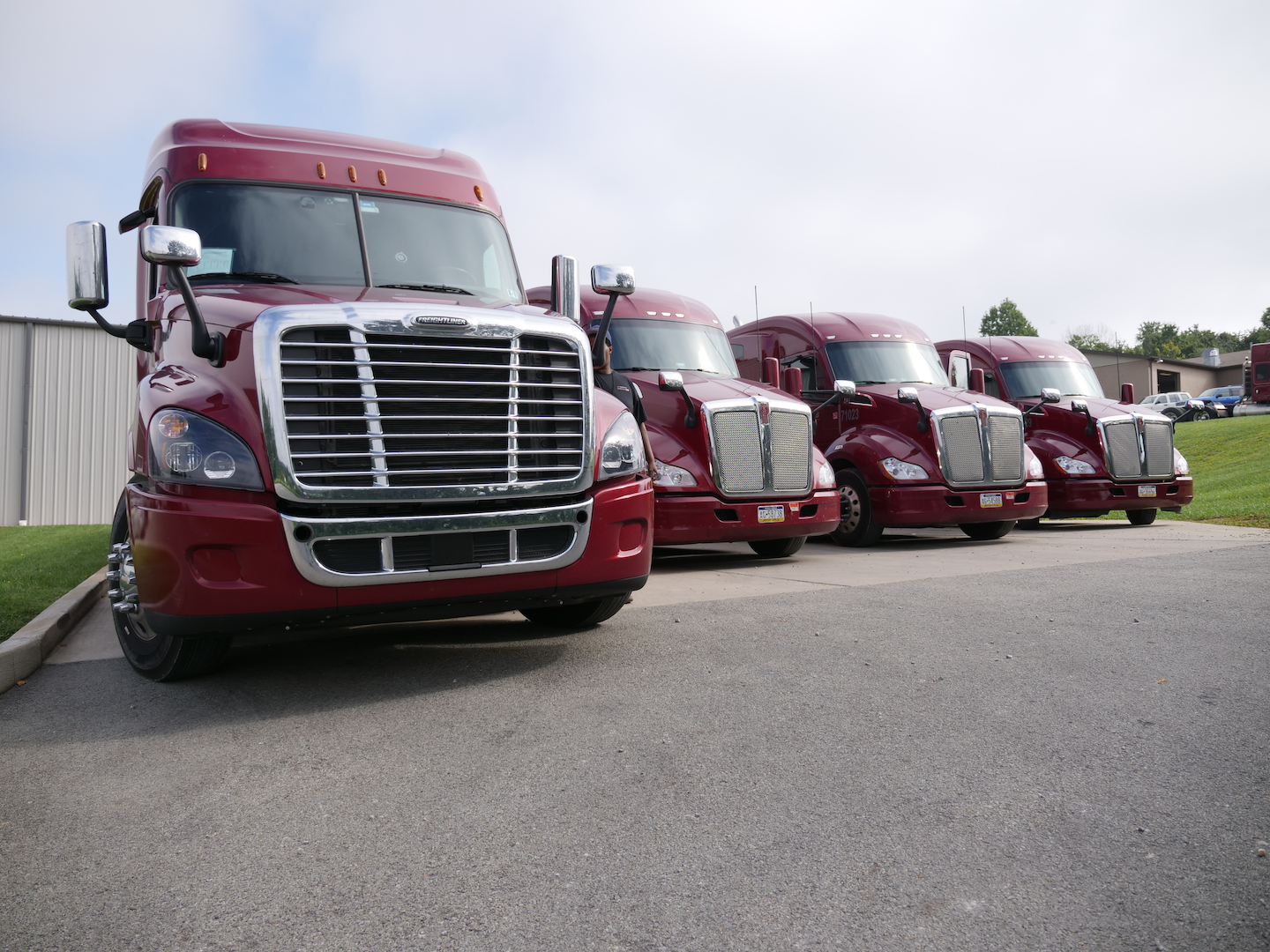 Linford also is the lead adviser and architect of DriverOS. The platform integrates with other commercial systems used by JLE to present customer account managers and driver managers with essential information they need to support drivers.

The technology is instilling confidence in drivers. “They have everything they need working behind them to be successful,” Linford says. With back-office support and automation, drivers can focus on doing what they are paid to do —secure loads, drive safely and get home when they expect, he says.

With DriverOS, JLE is able to offer its drivers greater freedom of choice and consistency of loads, says Pohaski, who describes the load planning and dispatch process as collaborative for drivers.

“We seek to offer (drivers) options where they have a say in what they are hauling,” he says. DriverOS creates the boundary system for driver managers and drivers to operate within and make better choices.

DriverOS also simplifies the job for driver managers. When a new manager is hired, JLE does not have to train them to use its full-blown TMS system, which Linford compares to a Swiss Army knife of sorts. Instead, the interface presents only essential information in real time, using intuitive visual and graphical objects.

Pohaski says one graphical object in DriverOS stitches together future load options in a “breadcrumb trail” for load planners and driver managers. When clicking an unassigned load option, the load is displayed in a breadcrumb trail that shows additional options for future loads in the network.

The easy-to-use interface also drives decisions for maximizing loaded rate per mile, he says.  Its decision support tools start from load inception and continue through dispatch and load completion.  Behind the scenes, the DriverOS algorithms constantly are evaluating all driver-load options in the network to maximize yield.

The proprietary algorithms are similar to those used by the hospitality industry, Pohaski says. Many hotels use advanced software to fill their rooms each night at the highest possible rates, he says.

In addition to DriverOS serving as a load planning tool, it also has many built-in customer relationship management features.

“We think about our drivers as our customers, so we have very detailed files and profiles on all of them,” Pohaski says. “Their information exists within DriverOS.” Starting with one truck in 2015, JLE Industries has grown to 250 tractors and plans to double its fleet in 2019.

When a driver calls JLE, the company’s phone system is integrated with DriverOS to pull up the driver’s profile on a computer screen. The person talking to the driver can view the driver’s pay history for the last four weeks, upcoming home-time events, freight preferences, certifications and other information.

DriverOS also tracks key JLE performance metrics, such as the company’s preplanned load percentage. “We have found that the preplanned percentage is highly correlated to the productivity of drivers,” Pohaski says, explaining that in the age of electronic logging devices, time is the most valuable commodity.

When a high percentage of loads are preplanned, drivers have a built-in incentive to be on time by knowing that another load is waiting to be picked up the instant they complete a delivery. “The worst thing possible is to have a driver sitting empty,” he says.

The culture Pohaski is developing at JLE goes beyond customer service and driver support. It is based on the core values of accountability, performance and integrity, he says.

People in the office and truck cabs are given autonomy to execute their jobs and have direct input to the architecture that JLE is building — a premier technology-enabled flatbed carrier, Pohaski says.

“We consider every employee as an associate and partner in business,” he says. “We have tremendous energy. We are in early, out late and are a very collaborative innovative team.”

If JLE is successful in reaching its vision to capture 5 percent of the flatbed market, it will be a $7 billion company. Pohaski knows a goal this ambitious may not happen in the next five or 10 years. He says that while it may take 50 years, one thing is certain: “We are in it for the long haul.”