ATA cancels 2021 truck driving championships
The American Trucking Associations Wednesday, Feb. 17, announced it will not hold the 2021 National Truck Driving Championships & National Step Van Driving Championships, which had been scheduled for Aug. 11-14 in Minneapolis. The event was also canceled last year because of the pandemic.

In a letter to ATA members, President and CEO Chris Spear said the decision to not hold the event was made after looking at various challenges, including travel bans, equipment donations, CDC restrictions and more.

"This decision is made out of an abundance of caution on behalf of the professional drivers, companies, and family members who organize, host and cheer the competitors," he added. "We believe this decision is necessary to maintain the integrity and atmosphere of a 'national' championship."

Last year's cancelation of the championship event was the first since World War II, according to Spear's letter.

The 2022 event is planned to be held in Indianapolis.

MATS 50th anniversary officially postponed to 2022
Organizers of the Mid-America Trucking Show this week officially announced the event will not to be held for the second year in a row. Instead, the 50th anniversary show will be staged March 24-26, 2022.

Plans had been discussed to move this year's show from March to September, but that will not happen. MATS was the first major trucking event to cancel last year as the COVID-19 pandemic began.

"The primary goal of the Mid-America Trucking Show has always been to bring the entire industry together for the largest and most comprehensive, face-to-face event in trucking," said MATS President Toby Young. "With this goal in mind, MATS 50th has been scheduled for March 24-26, 2022. These dates ensure the full support of our industry at an uncompromised, large-scale, in-person event that meets our shared goals and delivers the caliber of show that we have all come to expect from MATS."

Young added that show organizers are working to bring new experiences to the 2022 event, including "more education, exhibits, events, and entertainment than ever before."

The new-look MATS, according to Young, will include:

According to OIG, Kamau in May 2016 allegedly responded “yes” to a question on the form that would have precluded him from obtaining a DOT medical certificate without an exemption. Based on that response, a medical examiner determined that he was not qualified to operate a commercial vehicle.

In September 2016, Kamau allegedly filled out a second DOT medical form and submitted it to a different medical examiner, this time answering “no” to the question, and the second examiner determined he was qualified to drive a commercial vehicle.

Then, in February 2019, he allegedly submitted another DOT medical form to a third medical examiner, again responding no to the question above, as well as to a question that asked whether his DOT medical certificate had ever been denied. 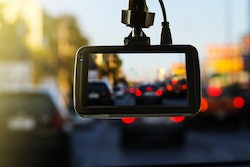 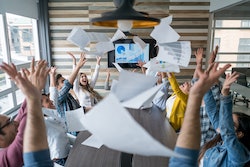 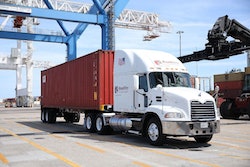 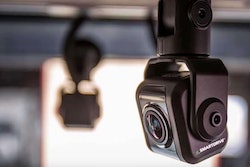