Tom Quimby, CCJ senior editor
Oct 7, 2021
Yellow said it reached out to the appropriate executive and legislative branches to help save 30,000 jobs and protect the U.S. supply chain during the height of the COVID-19 crisis.

Yellow Corp.'s $700 million coronavirus loan issued under the Trump administration came under scrutiny this week by a Democrat-led initiative in the House that’s seeking to determine if the money was issued and used properly.

The Select Subcommittee on the Coronavirus Crisis announced Wednesday that its chairman, Rep. James E. Clyburn (D-South Carolina), has requested Trump White House records to learn if the administration involved itself in Yellow’s loan application process last year at the Department of the Treasury.

“Troubling reports have called into question Yellow’s eligibility for and use of those funds and raised concerns that the Department of the Treasury under the Trump Administration improperly approved this substantial national security loan to Yellow,” Clyburn wrote in a records request to the National Archives and Records Administration.

Given its heavy involvement in military shipping, the government determined that Yellow played a key role in maintaining U.S. national security, a loan requirement laid out in the Coronavirus Aid, Relief and Economic Security (CARES) Act.

However, according to the Select Subcommittee, “reports have called into question whether Yellow met this standard. Further, despite an additional CARES Act requirement that loans only be made to cover ‘losses incurred as a result of the coronavirus,’ evidence suggests that Yellow used much of its loan to make long-term capital investments.”

The subcommittee also reported that various emails show that while Yellow’s loan application was under consideration at the treasury, Yellow and Trump Administration officials communicated about the process, which may have influenced the Treasury. An email circulated among Yellow lobbyists in May 2020 states in part that former Deputy Assistant to the President Tim Pataki “committed to huddle with [White House political director] Brian Jack and then he would call Treasury on [Yellow’s] behalf.”

Yellow (CCJ Top 250, No. 5) issued the following statement defending its actions during the loan process:

Yellow reached out to the appropriate executive and legislative branches to help save 30,000 jobs and protect the vulnerable U.S. supply chain during the height of the COVID-19 crisis. Our request received bipartisan Congressional support and the full support of the International Brotherhood of Teamsters. When negotiating with the Department of the Treasury, all guidelines were followed, and the due diligence process was extensive. We stand by our work are proud to partner with the U.S. government and our military to support America’s domestic supply chain.

Last June, the Department of Defense (DOD) certified that Yellow was critical to national security and eligible for the $700 million loan. However, an April 2021 report from the bipartisan Congressional Oversight Commission indicated that DOD received information suggesting that Yellow's services could be readily provided by other companies. At the time the loan was approved, Yellow was also entangled in a lawsuit brought by the Department of Justice for overcharging DOD.
Related Stories 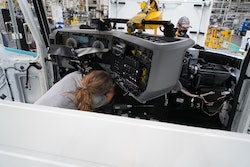 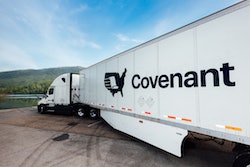 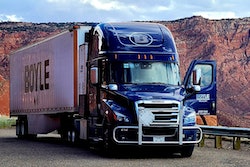