The most recent week's surge was driven in large part by astronomical increases along the East Coast during the week, where New England saw fuel prices jump by 86 cents, while the Central Atlantic saw a 68-cent increase.

The nation's most expensive diesel can be found in California at $6.41 per gallon, followed by New England at $6.10 per gallon.

ProMiles’ numbers during the week ending May 2 saw fuel prices increase by 13.1 cents, bringing its national average to $5.15 per gallon.

Kinedyne is offering free training resources on cargo securement regulations and procedures through the end of May to help truck drivers prepare for the annual Commercial Vehicle Safety Alliance International Roadcheck program being held May 17-19.

Drivers who want to avoid their trucks being taken out of service for violations of cargo control regulations can refresh and test their knowledge at Kinedyne’s online training portal.

During CVSA’s International Roadcheck, vehicle inspectors across the United States, Canada and Mexico will inspect commercial vehicles to ensure that their safety systems -- including cargo securement -- comply with regulations. CVSA reported that 16.5% of the more than 40,000 vehicles inspected during the 2021 International Roadcheck were taken out of service. Cargo securement was the fifth most common violation, resulting in nearly 1,200 vehicles being sidelined for failing to meet basic cargo control requirements.

Upon registering for Kinedyne's training program, the site provides access to detailed training videos and downloadable training documents, including Cargo Securement: A Guide to Cargo Control Regulations white paper, a quick-reference guide to all 37 steps of the Level 1 North American Inspection; and a self-testing assessment of registrants’ knowledge of cargo securement. The first 200 registrants also receive a free printed pocket guide to proper cargo securement. 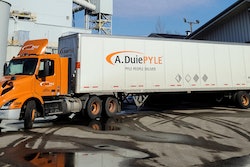 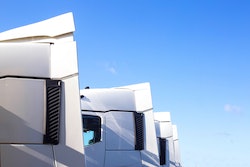 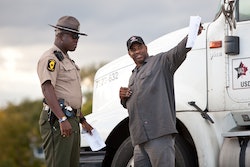 CCJ poll: Does your fleet use truck speed limiters, and at what maximum speed is it governed? 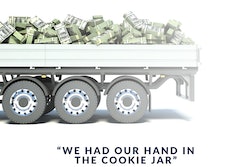