Mergers and acquisitions changing the landscape of the country's largest carriers

This year has been a hot one for mergers and acquisitions among trucking fleets, particularly among CCJ's Top 250 for-hire carriers. Deals among carriers of all sizes have popped up throughout the year, but there has been a substantial uptick early and mid-year among the country's largest.

Fleets and investment groups entered January with checkbooks in hand, and to date 20 Top 250 fleets have struck 18 deals this year.

Ringing in the new year

Going back to December 2021, which would include deals that were in the pipeline at the same time as those closed in January 2022, Ashley Furniture acquired the western division assets of Springfield, Missouri-based Wilson Logistics (No. 100), and Knight-Swift Transportation (No. 4) bought RAC MME Holdings and its subsidiaries, which includes Midwest Motor Express (No. 197) and Midnite Express (collectively MME), for $150 million.

There have been 10 mergers and acquisitions since the beginning of June among CCJ's Top 250 for-hire carriers.

Few, if any, of the moves made among CCJ's Top 250 come from a position of weakness, where one carrier swoops in to rescue another on the brink of default. In fact, DB Shenker's acquisition of USA Truck – arguably the most significant deal to date – came on the heels of quarterly revenue that was the best in USA Truck's history.

Spencer Tenney, president and CEO of Tenney Group – a company that advises motor carriers through sales and acquisitions – noted carriers "have been, for the most part, performing very well the past couple years, and if they haven’t been spending on equipment or paying dividends then they pile up cash."

With build rates for new equipment languishing and prices for used equipment soaring to record levels through the first half of the year, acquisition was a means for motor carriers to onboard more equipment and drivers, although FTR Vice President of Trucking Avery Vise noted that likely wasn't the principle factor in determining buyout targets.

"My sense of it is that acquisitions of sizable operations by sizable operations are rarely about raw capacity – obtaining more trucks and drivers. Rather, acquisitions tend to be about filling a strategic need that usually has to do with either lanes/customers served or specialized service offerings," Vise said. "Carriers might want to build lane density or they might want to create or build on a service they view as a competitive differentiation. Or a major regional operation might want to acquire a similar operation in an entirely different region to expand their footprint. I doubt the buyers' objectives in any two deals are precisely the same."

"Truckload is a business where people buy trucking companies and pay more than book, and those transactions don’t work," said Donald Broughton, managing partner and principal at Broughton Capital, LLC. "I can count on one hand the number of transactions where company A bought B and paid more than book and three to five years after people said 'That was a great deal.'

"In 1998 – or maybe '99 – Bob Synowicki, who was on the Swift board, was the COO of Werner, and John Steele, who was then and still is CFO of Werner, were meeting with the guys at Wellington in Boston who said 'Fleets are doing all these acquisitions. Why don’t you do acquisitions?' Synowicki said 'We did an acquisition last year, we acquired 800 trucks and I paid book value and all the drivers were trained the right way and the margin is the same as the rest of the fleet,'" Broughton recalled. "Basically, he had grown the fleet by 800 trucks at book and the margins were equivalent. Why would you pay more than that? The portfolio manager got what he was trying to say."

Conversely, Broughton noted that Swift paid more than book for M.S. Carriers at $383 million in December 2000.

"Then they kept continuing to buy things until the wheels fell off," he said. "It just doesn’t work unless you have companies that are in trouble and you buy at a discount, if you can buy for less than book value. If you pay more than book, you have problems. You have to keep all the drivers, all the business; if you pay more than book and lose the driver, then you go from paying 110 cents on the dollar to paying even more than that because you’re not going to get any cashflow."

If equipment remains difficult to obtain and freight rates continue to cool, Tenney said he expects mergers and acquisitions among trucking companies to continue at "relatively high levels for the carriers that are better operators who also have less spot exposure."

"Most [truckload carriers] are counter-cyclical," he added, "so in a normal environment, if rates cool, they pull back on capex and pile cash. On the other hand, this time may be different as carriers have been deferring capex and could spend in a down cycle. It largely depends on if the OEMs can meet demand."

Other factors that may drive high merger and acquisition activity in the second half of 2022, Tenney said, include "fatigue from the past 24-plus months of dealing with COVID; aging business owners with no successors needing to take chips off the table; the need to offset a variety of increasing expenses; and a wave of new leadership that is expanding the pool of 'first time' industry acquirers." 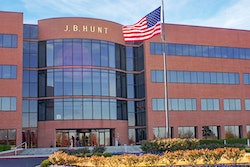 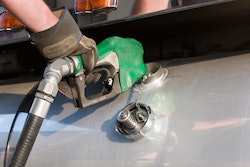 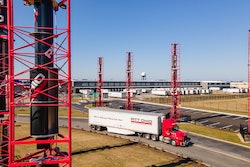 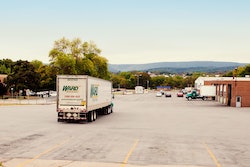