The Federal Motor Carrier Safety Administration has effectively shut down two related motor carriers based in the Houston, Texas, area after numerous safety violations were discovered, the agency reported.

According to FMCSA’s SAFER website, Texas Interstate Express had 10 trucks and 10 drivers, while PAC Express opened up with seven trucks and five drivers.

Calls to the companies Friday morning were not returned as of Friday afternoon. This story will be updated if more information becomes available.

During a subsequent review of PAC Express, FMCSA found the motor carrier to be “egregiously noncompliant” with several federal safety regulations, including violations related to required drug and alcohol testing and prohibitions on use, CDL standards, driver qualifications, hours of service and various vehicle-related violations.

The same two drivers added that they were also instructed to avoid inspections and bypass scales, and that they would be dispatched on trips that could not be made within HOS rules without speeding.

Based on findings of roadside inspections on the two companies, FMCSA said PAC Express did not have a program to detect and deter the use of controlled substances by its drivers. Neither did it have an effective program to ensure drivers were qualified and licensed, nor a program to control its drivers’ hours of service.

Failing to comply with the provisions of the federal imminent hazard order could result in civil penalties of up to $29,893 for each violation, FMCSA noted. The carriers could also be assessed civil penalties of at least $11,956 for providing transportation in interstate commerce without operating authority registration, and up to $16,864 for operating a CMV in interstate commerce without USDOT Number registration. Knowing and/or willful violations may result in criminal penalties. 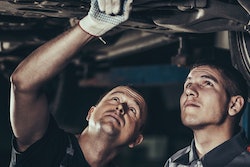 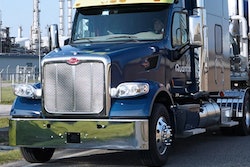 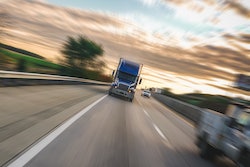