Takes fuel efficiency matters into its own hands by helping to create a lighter, more fuel-efficient delivery van.

When fuel prices suddenly shot up to unprecedented levels in 2008, the management team at UPS surveyed the North American economic landscape and came to a jarring conclusion: The world had changed. The Atlanta-based multiplatform delivery giant realized it would have to begin operating in a vastly different manner to remain competitive, productive and profitable in the future.

Dale Spencer, UPS director of engineering, told his team members they would have to dedicate themselves to controlling fuel costs and usage – and get serious about those issues. At the time, Spencer noticed a lot of interest and talk about new technologies such as electric vehicles and hybrids. But once fuel prices dropped, that talk largely died down.

“It’s a lot like the situation we’re in today,” he says. “People are relieved because fuel prices are now back down to $3.50 a gallon or so. And they’re acting like this is a great thing. But that’s an awful lot of money in costs for a fleet as large as ours. So the bottom line for my team was that no matter what fuel prices did in the future, we wanted to reduce our company’s dependence on foreign oil.”

But as Spencer and his team investigated new fuel-saving technologies available in the market, some pertinent facts became obvious. “We realized that many of these solutions – even ones that have been around for a long time – are actually in their infancy in terms of development and real-world validation,” he says. While many ideas tossed about at UPS appeared promising, they didn’t have the widespread interest or economies of scale that the companies developing them needed for research and development or to drive acquisition costs down.

While acknowledging that UPS needed to gain experience and work with as many of these new technologies as it could, Spencer says the overriding message that eventually emerged from his team’s research was that fundamental engineering changes to the vehicle types currently in use could pay immediate dividends in ways that more exotic and expensive technologies could not.

“Any time you make something lighter, you’re hauling less weight, and you’re using less fuel,” he says. “In the past, we’ve been like every other fleet out there – we’ve taken products that were out there, and then tweaked them and adapted them for our specific needs and applications.”

A vision for the future

UPS has a reputation for taking a heavy hand in designing the trucks that go into its fleet. That said, the company didn’t simply draw up plans for a new truck and demand that somebody build it. “This didn’t happen overnight, but eventually we asked ourselves what we could do to get our vendors to respond to our desire for better fuel economy and lighter weight,” says Spencer, who visited with the company’s vendors and told them how UPS envisioned its future delivery vans.

Spencer says UPS historically always has used overpowered diesel engines in its delivery vans, which the company refers to as “package cars.” “When fuel was cheap, that didn’t matter,” he says. “We went with what was available because we had other things to worry about.”

UPS now found itself actively seeking a lighter, more economical diesel engine with horsepower characteristics better suited to its applications. “As a result, some vendors that we historically hadn’t done a lot of business with stepped up to the plate and said, ‘We can help you,’ ” Spencer says.

The main design tradeoff was in payload: The new concept vehicle, CV-23, has a cargo capacity of 4,200 pounds compared to 4,800 pounds on the older vans. But the new design is about 10 percent lighter than the older vans, and when combined with the lighter, more economical engine, UPS is anticipating overall fuel savings of up to 40 percent per van compared to the company’s current models, Spencer says.

The power of brown

Spencer freely admits that UPS enjoys purchasing power in the trucking industry. But he’s quick to point out that this is not just a story of a major player strong-arming its suppliers into developing products.

“We have always been involved in the day-to-day engineering of every vehicle model accepted into our fleet,” Spencer says. “That can be hard for the manufacturers. But they have learned that once we’re done and satisfied with a vehicle, it’s gold in our eyes.”

Spencer says any fleet that’s about to spend a lot of money on acquiring new vehicles needs to make sure it understands what it wants and needs when spec’ing – and then work with OEMs to make certain they get what they’re paying for.

“By being involved to that degree, you can really make the manufacturers understand why even little details on the vehicle are so important to you,” he says. “Be proactive. Ask questions. And don’t be willing to always take whatever you’re being offered. Think about what you want.”

Input from all parties is critical, Spencer says. “Talk to everyone involved – from drivers on up – and be willing to explore new ideas and options when you do sit down with your vendors. If you work those details on the front end of an acquisition project, you’re always going to benefit throughout the entire working life of those vehicles once they’re in your fleet.

If you know a carrier that has 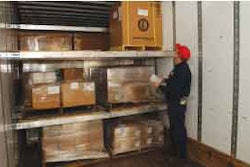 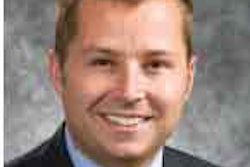 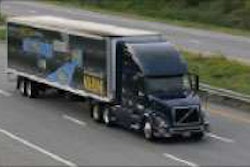