Following the economy’s gradual rebound from the 2008-09 recession, freight has rebounded in a big way. Since that time, the biggest concern in the trucking industry has been the driver shortage. Practically every fleet in America talks about how it needs to come up with new and better ways to recruit new drivers and retain the ones they have.

Haney Truck Line (CCJ Top 250, No. 213) recently decided that to take control of its own driver issues, all of its employees needed to become a star – literally.

In 2009, as the economy struggled to bounce back from the recession, management for the Yakima, Wash.-based company and its equity owners, Evergreen Pacific Partners, purchased the operating assets of two truckload carriers – Washington-based Puget Sound Truck Lines and Oregon-based Nickel Plate Express – adding 165 tractors and 466 trailers, along with 65 contractors.

Haney’s new brand is dominated by the shape of a star that represents the company’s internal work culture, defined as Safety, Teamwork, Accountability and Respect.

Today, Haney is one of the largest truckload carriers in the greater Pacific Northwest, with more than 650 associates, 600 power units and 1,400 trailers. The company has an expanding presence in California and Canada and believes its recently revised operating structure and other business steps have positioned it for stronger growth for the rest of 2015 and beyond.

Positioning for the future

The company maintains five terminals and various other parking yards throughout the Northwest and also provides full-service logistics through its Haney Logistics division.

Haney recently began taking deliveries of its first trucks in a multiyear fleet replacement program – 41 new modern tractors and 120 trailers. But new equipment is only part of the company’s growth plan – albeit a strategic one. 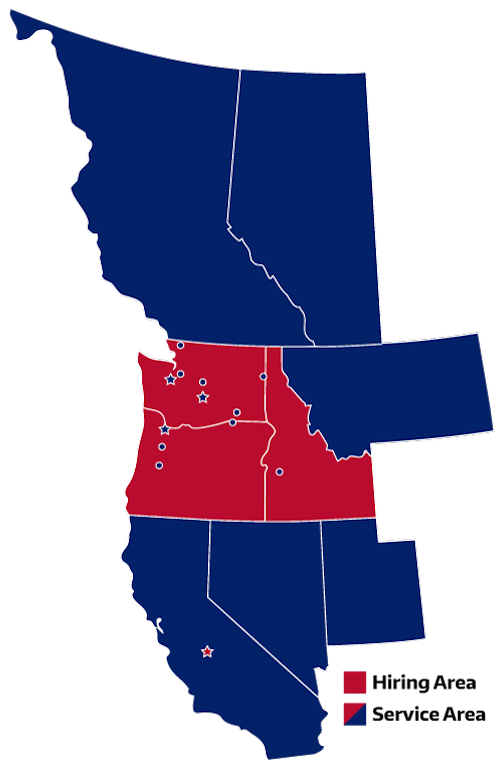 Haney carries products such as beverages, paper, glass, aluminum, food and other general merchandise throughout the eight Western U.S. states.

In the past year alone, Haney has recapitalized through Evergreen, acquired the assets of Post Transportation and Pacific Transportation (PacTrans), created a new brand and developed a pay-for-performance compensation plan.

The acquisition of PacTrans – a regional provider of dry-haul freight in California, Oregon and Washington – enables Haney to meet increasing demand for asset-heavy and asset-light services along the Interstate 5 corridor and into California, while also improving the cost structure for PacTrans’ owner-operators.

“Haney already offers its customers a wide range of truckload options backed by world-class service and a dedicated driver base,” says Peter Carlander, president of Haney. “We welcome the owner-operators from PacTrans and look forward to expanding our services up and down the West Coast.”

Everyone can be a STAR

Haney also recently unveiled its new brand, which is dominated by the shape of a star that represents the company’s internal work culture – defined as Safety, Teamwork, Accountability and Respect.

The company’s All-STAR framework was developed by Haney drivers in conjunction with executives to create a workplace environment the company touts as unlike any other in trucking.

“We’ve done something that’s never been done in the industry, and that’s partner with our drivers to create a management and compensation plan that is driver-centric,” Carlander says.

With its All-STAR performance plan, Haney enables its top drivers to earn top-of-industry pay regardless of seniority – meaning the company’s best drivers literally earn the most money. It doesn’t matter if they’ve driven for two years or 20; if they perform at a high level, they’re rewarded. 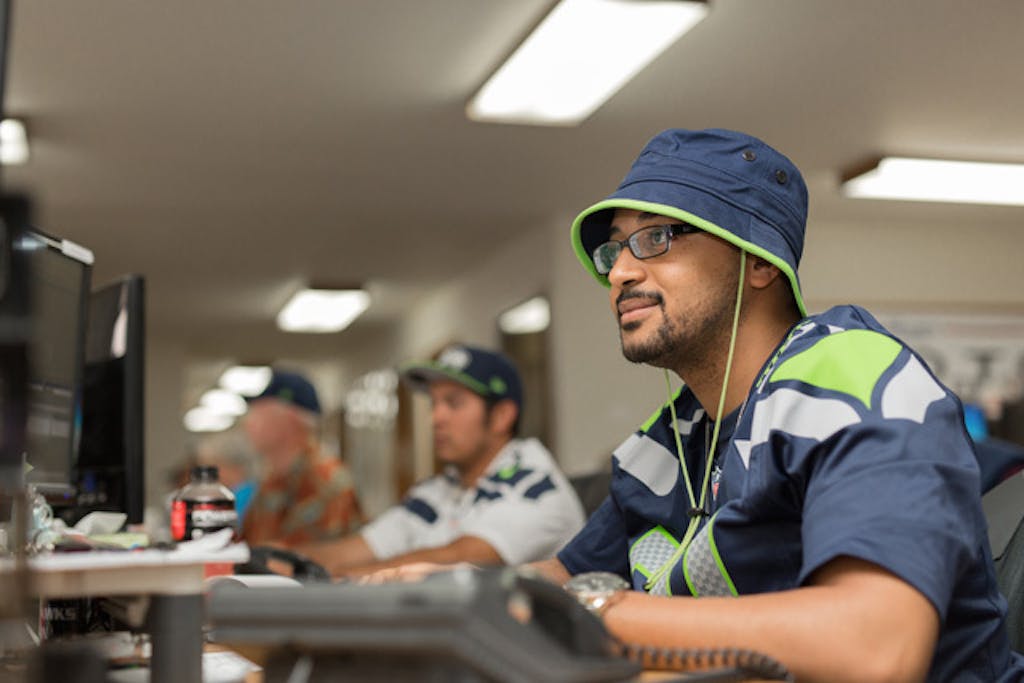 Haney says its new website is a sign of its dedication to improving the relationships it has built with its employees, its customers and the public.

The All-STAR Program is comprised of five levels: Base, Safety, Teamwork, Accountability and Respect. Each quarter, everyone within each level starts as equals, and as the quarter progresses, those who perform the best are recognized. At the end of the quarter, the top performers are given the opportunity to move up to the next level. Top performers also are given the opportunity to qualify for bonuses.

All drivers start at the Base level and earn their way into each successive level; the higher the level, the better the pay, bonuses and perks. Also, within each level each quarter, drivers are ranked on their performance, and those who have performed the best receive bonuses from the higher end of that level.

Because of the way the levels are laid out, drivers don’t have to do better than all other drivers – only the drivers within their current level. However, the higher the level, the stiffer the competition; at the top levels, the outstanding drivers all are doing everything they can to beat out the other drivers to make one extra point so they can get into the level’s higher bonus brackets.

The program’s purpose is to reward those drivers who want to help Haney make more money. The better they perform, the more money they save the company in fuel and breakdown costs. The higher their level of customer service, the happier their customers, who are more likely to think of Haney when new business becomes available.

Overall, Haney’s operating structure has resulted in improvements in metrics across the board, highlighted by:

“The results speak for themselves,” Carlander says.

In June, the company rolled out its new website for its employees, customers and the public. Haney designed the updated site to provide more relevant information to both truck drivers searching for a job and potential customers looking for a company to haul their freight.

“When you have engaged and motivated drivers, you have safer operations, happier drivers and satisfied customers,” Carlander says. 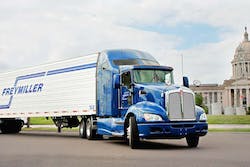 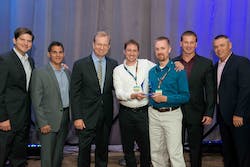 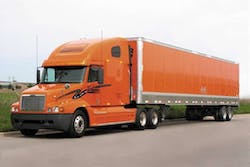 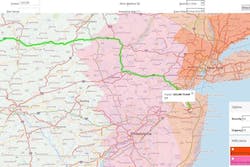