Aurora, Werner team up on autonomous hauls between Fort Worth and El Paso

Autonomous truck startup Aurora Innovation and Werner Enterprises (CCJ Top 250, No. 13) this week kicked off a commercial pilot to test and deploy autonomous trucks on one of the most commercially active stretches of highway in the country.

Aurora Driver-powered trucks, on behalf of Werner, began hauling loads between Fort Worth and El Paso – a lane that represents the middle leg of one of Werner's most voluminous lanes and among the busiest commercial thoroughfares for the U.S. trucking industry: Atlanta to Los Angeles.

Werner Chairman, President and CEO Derek Leathers noted that the collaboration and pilot with Aurora is step forward in the company's commitment to sustainability and safety for its drivers, customers and the motoring public through innovation. "We look forward to building a hybrid world where drivers continue to haul freight while autonomous trucks supplement rising demand," he added.

The collaboration with Werner strategically broadens Aurora’s customer ecosystem to include multiple carrier types. Aurora's tie up with Werner is the company's third pilot partnership. The company already hauls freight for FedEx (No. 1) and Uber Freight. However, Werner brings with it the demands of a full-than-truckload carrier – namely more dedicated hauls and typically longer routes, "which makes the experience we gain from this pilot uniquely valuable in refining the Aurora Driver for longer hauls," said Sterling Anderson, Aurora’s co-founder and chief product officer.

The Werner pilot is designed to advance the Aurora Driver and Aurora Horizon – Aurora’s autonomous truck product – to develop a robust service for carriers. Aurora last week announced the launch of its Aurora Driver Beta 2.0, the second release of its integrated hardware and autonomy system that powers Aurora’s truck fleet.

Operators are currently accompanying each truck in the pilot fleet on weekly hauls, ready to assist if necessary. Over the next several months, Aurora and Werner expect to increase the frequency of these loads and are exploring further autonomy for vehicles in this lane. With the commercial launch of Aurora Horizon, which Aurora targets for the end of 2023, companies would be able to remove the safety driver.

The Fort Worth to El Paso stretch is more than 600 miles and takes approximately nine hours to complete – a long and monotonous trek that contributes to the lane’s reputation for being unappealing for truck drivers. By deploying the Aurora Driver on such hauls, Aurora and the companies it is working with seek to build a future in which autonomous trucks can handle less popular routes while human drivers transport more convenient hauls that are conducive to desirable lifestyles.

Launching this new route is a technical and operational milestone toward deploying the Aurora Driver at scale, said Anderson. To start the commercial pilot, Aurora brought online two new terminal sites – one in El Paso and another in Fort Worth – to service this route and built the technological and operational infrastructure required to operate it. 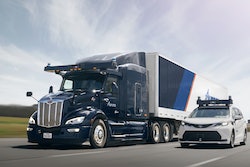 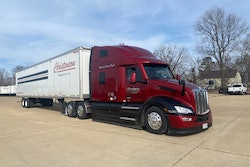 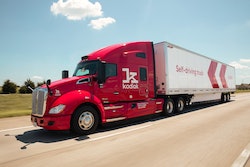 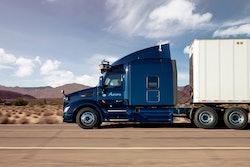