Melton Truck Lines certainly was experiencing the driver shortage and was losing good, experienced drivers because their blood pressure was too high and they couldn’t maintain their physical cards. “They were 5 feet tall, they weighed 350 pounds, they didn’t know what their body chemistry was, and they ate bad food,” says Bob Peterson, president of the Tulsa, Okla.-based flatbed carrier.

New driver candidates would come into orientation and flunk their physicals for a number of reasons. Then in 1998 and again in 2003, Melton lost long-time company drivers to heart attacks. Those events led management to set out to change the company’s attitude toward personal health from the top down.

Citing research that shows healthcare costs for an obese employee are 56 percent higher compared to a normal-weight employee and that one in five deaths in the United States is obesity-associated, the answer was relatively simple. But getting employees to participate in a company-led health program initially was a challenge.

Getting employees to care

In 2007, Melton established its iCare program. Initially, it involved setting up stations at the company’s six terminals where drivers and employees submitted to voluntary blood chemistry testing and body measurements.

“What we said to our people was if you will simply let us prick your finger, weigh you and measure your waistline, you could get a substantial break on your insurance premiums,” says Peterson. But in the program’s infancy, only 11 percent of employees participated.

Over the next few years, Melton added incentives to the iCare program to improve participation. In the program’s next phase, drivers and corporate employees would submit to voluntary biometric screenings that tested metabolic syndrome, a combination of factors that affect a person’s risk for diabetes, stroke and heart disease. The company screens for elevated triglyceride and glucose levels, HDL cholesterol, expanded waistlines and high blood pressure.

“We found amazing things with people that could look fit but their HDL might be terrible, or their triglycerides or glucose levels were bad,” says Peterson. “Adult onset diabetes is sweeping the nation, and it’s pathetic what’s happening to people because they are eating terribly and not exercising.”

In 2008, Melton tied participation in the program to lower healthcare premiums. In 2009, it required employees’ spouses that were part of the company’s healthcare insurance program to also participate in iCare.

“You read a lot in the press about how a lot of companies are dropping spousal coverage,” says Peterson. “We wanted spouses to be healthy to the extent that they want to be involved. If they want affordable coverage, they have to come in and get weighed and tested.”

To administer healthcare services, Melton partnered with IMWell Health, which provides an onsite wellness clinic at the carrier’s Tulsa terminal and headquarters staffed by a full-time nurse. There also are two additional near-site clinics in Tulsa and other sites in Oklahoma, Texas and Arkansas.

Melton also uses Compass Professional Health Services that allows drivers on the road in need of medical treatment or procedures to call into the nationwide network and get a list of recommended healthcare providers.

At its terminal in Laredo, Texas, Melton has an onsite clinic for medical care and drug testing. Peterson says the next phase of the iCare program is to develop near-site clinics close to the company’s other terminals in Dallas and El Paso, Texas, Birmingham, Ala., and Masury, Ohio.

As a result of its iCare program, Melton has reduced healthcare costs dramatically in recent years. In 2013, medical claim costs decreased 20.8 percent from 2012. In 2012, 39 percent of Melton employees had elevated fasting glucose levels; in 2013, that number dropped to 26 percent.

“We’ll give them all the tools they need to understand their body and medical professionals to take care of them, but they have to care,” says Peterson. “That’s our pitch. We moved the needle through awareness, incentives and features like Compass and onsite clinics. People are now saying, ‘I don’t have any more excuses because there isn’t even a deductible out of pocket.’ ”

While it is too early to predict the iCare program’s effect on Melton’s recruiting and retention efforts, the outlook is positive.

“For drivers that are younger and more tuned in to wellness and hear ‘free primary care physician and onsite nurse,’ they might be into that,” says Peterson. “I think it will be an effective tool for recruiting and retention. You still have to pay them well and treat them properly, but with all the discussion about the Affordable Care Act and how much coverage would cost, people that listen to what we are offering say, ‘I kind of like this.’ ”

For office workers, Peterson says the program already has had a positive impact, especially for the 22- to 30-year-olds entering the workforce.

Melton strives to make its health and wellness efforts fun and engaging. In 2012, it introduced the Turkey Trot, an event around the Thanksgiving holidays designed to get employees more active. “For each half-mile lap around our terminal that an employee walks, they receive a lottery ticket,” says Bringham. “At the end of the day, we’ll draw five or six tickets out for some cool prizes like hats, T-shirts and cash.”

Melton’s Wellness for the Road effort includes a one-page newsletter placed on the inside door of restroom stalls throughout the company’s six terminals. It includes exercise how-to’s, healthy eating suggestions and general lifestyle reminders. The program used to be called “Fit While You Sit.”

“We figured that is one place where we have a captive audience for five to 15 minutes,” says Bringham.

Melton company driver Brian Russell finds time to stay fit on the road.
When Peterson ripped out the 600-square-foot smokers’ lounge at the Tulsa facility and replaced it with a gym with free weights, exercise equipment and treadmills and hired a full-time wellness manager, some employees weren’t happy – but at least they knew he was serious about the company’s health and wellness initiative. Melton also added a gym at its Laredo terminal.

“It’s surprising just how little exercise you need to do – just a little movement makes a huge difference in someone’s health,” says Peterson. “Our drivers are strong because they have to secure flatbed loads, but their cardio capacity is poor because they don’t exercise and are sedentary.”

Employees quickly took advantage of the amenities, and the fitness culture at Melton took off. “I’m thrilled when I go into the gym and see three people lifting weights and others on the treadmills,” says Peterson.

Melton broke ground last year on a new headquarters complex in Tulsa. As part of its commitment to wellness, the company is expanding its gym from 600 square feet to a state-of-the-art 3,000-square-foot onsite workout facility expected to be complete later this summer. It will be outfitted with indoor cycling and more than 40 pieces of commercial equipment. While oversized for its current needs, Peterson says the new workout facility will accommodate the company’s growth for the next decade.

“It’s part of our culture and it’s in our DNA to be healthy and take care of ourselves all the time,” says Peterson. “To me, for a company of our size and our revenues, the investment in the new gym is a modest investment in our people. When we bring in people to interview and they see people running or sitting at their workstations wearing gym clothes because they just finished working out, that’s cool. If we can create a culture where people who like to work out can come here because we have the facilities at no charge, that should allow us to have more motivated people, and a healthy culture like that spreads.”

Melton’s innovations don’t end with its employee health and wellness efforts. The company recently developed a family engagement program called the True Blue Alliance for drivers’ spouses to get together at regular meetings to support one another and drivers.

“When you think about the truck driving job and how you maintain a relationship or a marriage when you’re out for three weeks and home for three days and pay fluctuates on freight availability, how do you stay close to your loved ones?” asks Peterson.

The True Blue Alliance group now has 100 family members actively participating. “Once you become a Melton family member, you will say, ‘Melton, where have you been all my life?’,” says Rosie Jackson, ambassador member of the group. “This is the best company in trucking I know. Melton has programs like this that no one else has.”

The company created a True Blue Alliance Facebook page for spouses to exchange ideas on how to balance family life with life on the road and taking care of the home front while drivers are working. It also launched a private YouTube channel to orient families of new drivers and communicate with spouses.

In response to the mounting driver shortage, Melton– like many fleets – has turned its sights to military veterans as a new source of labor. The company developed a Veterans Administration-approved on-the-job training (OJT) program that allows qualified veterans to collect additional pay from their GI bill for 12 months while training. Today, more than 30 percent of Melton’s workforce has some military service background.

“We found that veterans fit into our company culture easily because they value teamwork, discipline and loyalty,” says Angie Buchanan, vice president of safety and human resources. “In our search for qualified drivers, veterans were an obvious target market.”

Melton worked closely for months with the Tulsa Area Workforce Investment Board and Veteran Services to develop its OJT program before the program received VA approval.

“Melton is now the only Oklahoma-based carrier approved for veterans’ benefits and certified by the Oklahoma State Accrediting Agency,” says Buchanan. “Veterans will have access to supplemental income based on their VA approval letter for up to 12 months.”

So far, 60 veterans have enrolled in Melton’s OJT program, and the company hopes to add another 100 employees through the program as the company continues to grow its fleet. 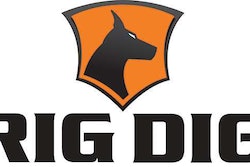 Get Your Free Truck History Report 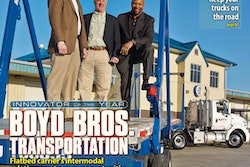 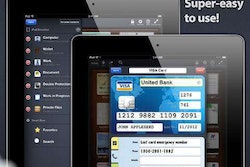 5 apps you should have on your tablet