It's not every day that top hedge funds and famous venture capitalists line up to back a high-tech insurance startup designed specifically for owner-operators and small fleet owners, but that's exactly what happened with twins Michael and Matthew Vega-Sanz's Lula, which pitches its program as a pay-by-the-day, or "episodic" coverage that could save operators money on idle trucks.

Lula's basic concept comes from the Vega-Sanz' upbringing on a central Florida farm that raises Paso Fino horses. The twins' grandfather had a small trucking operation, like many farmers do, and their older brother maintains a small fleet of 15 or so vehicles. He sometimes uses the rigs to do disaster cleanup with FEMA.

The twins grew up with their older brother lamenting that he had to pay insurance on trucks that sat idle all but a few days a week, and sometimes longer due to the spotty nature of FEMA work. One fateful night at Babson College in Massachusetts, the twins got to craving pizza so badly that they hacked together an app that would allow them to borrow cars from other students on campus.

While that initial app fizzled out, Michael and Matthew made real inroads on working with insurers and underwriters for "episodic" insurance. During the pandemic, they pivoted that tech infrastructure to help out their older brother.

That's how Lula, the small fleet insurance startup that's raised $18 million from the likes of Bill Ackman and others, came to be.

Overdrive caught up with Matthew to explore the ins and outs of this novel idea in insurance. Big insurers like Progressive and others said they didn't have a comparable product and weren't aware of plans to bring one to market.

How does 'episodic' insurance work?

Basically, Lula works by signing up an owner-operator or small fleet owner with authority to a $250/month service that gets the motor carrier its insurance filing, a necessity for any business with motor carrier authority. Then, by working with the electronic logging device provider and through its own web portal, Lula clients can book days when they need insurance, usually at about $40 or $50 a day per truck. Matthew said Lula's ideal customer would own in the neighborhood of five or seven trucks, and that they'd own trucks they run four days or less per week.

Using $50/day/truck, the math works out to about $15,000 annually if you run a single truck 20 days a month, or $12,600 if you run a single truck 16 days a week. For small trips like fuel-ups or just moving the truck across a lot, Lula allows owners to opt out of coverage, thereby not wasting any days. The policy includes $1 million of Third Party Liability and $150,000 of cargo insurance, but does not include physical damage or bobtail insurance, the latter generally only a necessity of leased operations.

Vega-Sanz believes these rates hold significant promise to save owners money in an insurance market where it's no secret premiums have skyrocketed over the last decade, particularly for new and younger businesses. He noted Lula routinely sees small fleets in the five to seven truck range paying $18,000 annually per truck.

Conceptually, by eliminating most brokers and agents from the process, Lula believes it can reduce broker fees dramatically, said Vega-Sanz, which the company pegs at between 10% to 15% of a premium for many independents working through agencies. "If someone is coming directly to Lula, they're working directly with us. They don't have to worry about brokers trying to get a percent of a high premium," though the company itself technically operates its own internal insurance agency. "But we're not bridging a third party, charging 10%-15% in. We make our money as a tech company on the software. The base fee of $250 a month is really more of a technology fee. We don’t take a commission on the insurance side because we want that money back in the pockets of the truckers. ... The reason we got the licenses to broker insurance was to eliminate the third parties."

"Conceptually, what they’re doing is very interesting," said Steve Libertore, an insurance agent with 31 years of risk management experience. "I don’t know that a typical long-haul trucking company would benefit, but I see where they're coming from."

For now, Libertore said there's a lot that Lula's website doesn't answer, such as the particulars of the policy. Will they cover reefer breakdowns? Wet steel coverage for flatbedders?

Aside from potential savings, Vega-Sanz sees the platform's possibly biggest benefit to independents coming from the company's web portal and the potential to automate and refine the claims process, to help vet drivers a small fleet seeks to bring on, and to keep all the different policies organized.

"What we like to say internally is that we're building insurance infrastructure for the modern economy," said Vega-Sanz.

Lula, which says it has about 1,600 owner-operators waiting to use the service when it launches in February, onboards clients by first surveying them about their work and then trying to save them money.

"We use a combination of different sources to price insurance," he said. "We look into CSA scores to make sure everything checks out, and when available we'll look at loss runs and Motor Vehicle Records for the drivers. When we're vetting the driver, we look at the ELD, too."

"We're not monitoring these things to boot people off the program," he said. "If we notice someone's foot was a little heavy on the gas, we can monitor and send a notification and say 'we noticed this, you might want to check into it.'''

Furthermore, he said Lula's web portal is backed by an in-house team of people from within the trucking industry, so there's real live support for clients.

"We have a customer support team and a customer experience team, so if anything arises they can call and have a human to talk to," he said, in something of a nod to the app overload many drivers and owners find themselves in. "We typically aim to piggyback off whatever systems it is you use today. Say you’re using KeepTruckin to manage your fleet. We look to tie into that and provide you a web portal."

Vega-Sanz also noted the "smaller and more nimble" makeup of the business. "That's the cool thing about working with startups," he said. "As a client, you can actually meet with decision makers and we can take your suggestions directly to the product team if that makes sense." 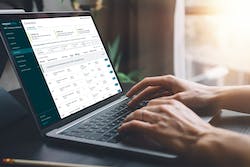 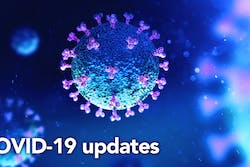