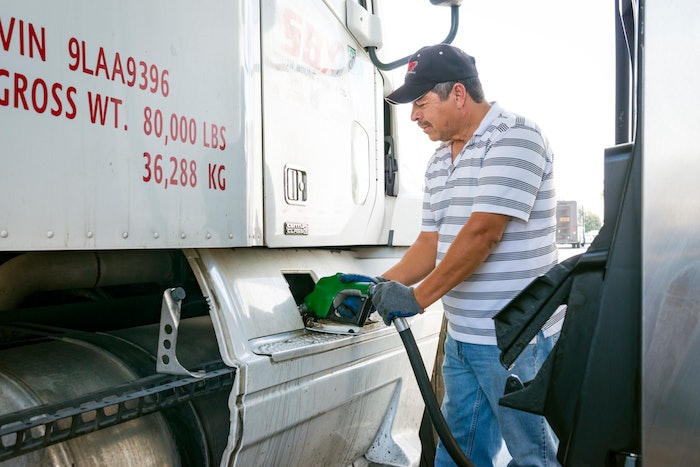 Note: This is the second in a series that looks at the diesel particulate filter and maintenance best practices that an impact its lifecycle. The first installment, "Diesel coolant heaters boost DPF performance, reduce engine wear" can be found here.

“Biodiesel burns so much cleaner that you’re reducing that particulate matter by somewhere in the neighborhood of 50 to 60%,” said Colin Huwyler, CEO of Optimus Technologies which produces the Vector System, a fuel heating solution that enables diesel engines to run on 100% biodiesel, or B100, in cold climates.

“The amount of soot that actually goes into the particulate filter is dramatically less (with biodiesel)," he said, explaining that lower soot build up results in less wear and tear as well as less backpressure on the engine, which increases operating efficiency. "There’s this whole cascading benefit that comes from the higher combustion index, the cetane and the cleaner burning combustion that occurs with biodiesel.” 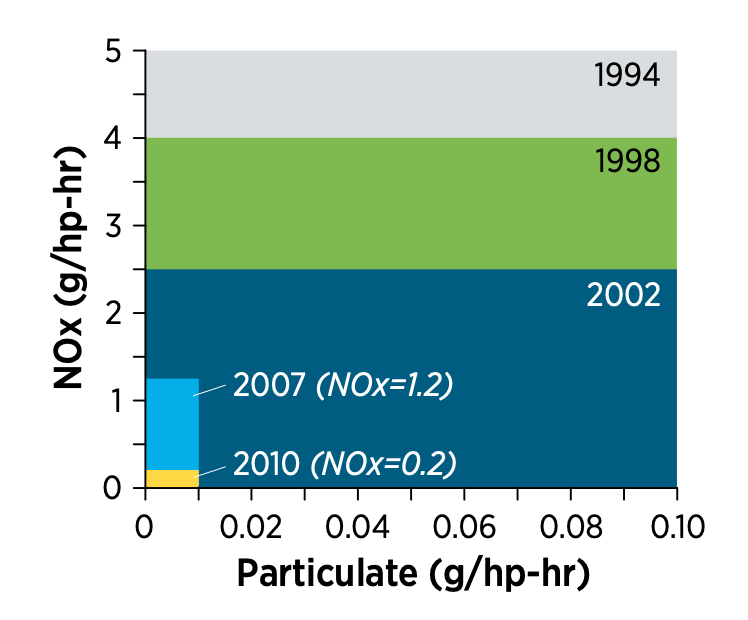 According to the U.S. Department of Energy, "U.S. emissions limits for nitrogen oxides (NOx) and particulate matter (PM) have been reduced significantly over the last 20 years. Biodiesel’s benefits are maximized in engines older than MY 2010."U.S. Department of EnergyLeading automotive groups support Huwyer’s claims. SAE International noted in an emissions study that biodiesel particulate matter is “lower mainly because of the higher oxygen content. Subsequently less frequent regenerations are required.”

The same holds true for renewable diesel which can be produced from the same plant oils and animal fats used in biodiesel production. The primary difference between the fuels is that renewable diesel is further refined through hydrotreating which increases the cetane level and cuts phase separation in cold weather. However, the fuel is priced significantly higher than biodiesel and is largely confined to the West Coast, where states like Oregon and California have clean fuel programs that subsidize the cost for fleets.

Neste, the world’s largest producer of renewable diesel, points out the DPF benefits for both renewable diesel and biodiesel in its Renewable Diesel Handbook: “At the identical soot mass load, the backpressure of NRD (Neste Renewable Diesel) and biodiesel increases at a much slower rate than that of fossil based diesel. This is because of the lower PM emissions from these fuels, and this leads to an enhanced DPF regeneration interval.”

Renewable Energy Group (REG), the largest biodiesel producer in the U.S. which also markets renewable diesel, reported that fleet mechanics have been pleased with biodiesel.

“It has higher cetane and added lubricity compared to petroleum diesel. Plus, fleets are reporting fewer issues with diesel particulate filters (DPF) because biodiesel’s cleaner burn leads to fewer particulates getting to the DPF.”

The City of Ames, Iowa which uses REG-9000 B100 biodiesel in International dump trucks and a Peterbilt cabover has seen a decline in DPF regens “primarily because it’s not plugging up the particulate filter nearly as quickly,” said Ames Fleet Support Manager Rich Iverson.

Following over one-million miles on the road, Wilson said the fuel has saved the company roughly $21,000.

Bigger is better, or at least it can be

Running on a greater concentration of biodiesel, like B100, will result in lower particulate matter, according to the U.S. Department of Energy. However, unless equipped with a fuel heating solution like the Optimus Vector System, fleets will battle gelling problems in colder temperatures. Also, while REG reports that all OEMs approve of B5 blends and that nearly 90% of medium- and heavy-duty truck OEMs endorse B20, support for B100 is unclear.

Data published by the U.S. Department of Energy’s Alternative Fuels Data Center shows that B20 has about a 13% reduction in particulate matter compared to conventional diesel while B100 will result in roughly a 50% cut. Though this leads to fewer regens and subsequent fuel savings, some of those savings can be offset because as SAE points out the lower LHV (low heating value) of biodiesel requires more fuel to achieve “the right temperature inside the DPF for the oxidation of the soot cake. This could generally result in a larger oil dilution, a higher smoking and an increment of fuel consumption.” Following a year-long pilot on REG's B100, Iverson said that the trucks "ran great, regen'd less" and that there was "no noticeable difference in anything other than it smelled better." 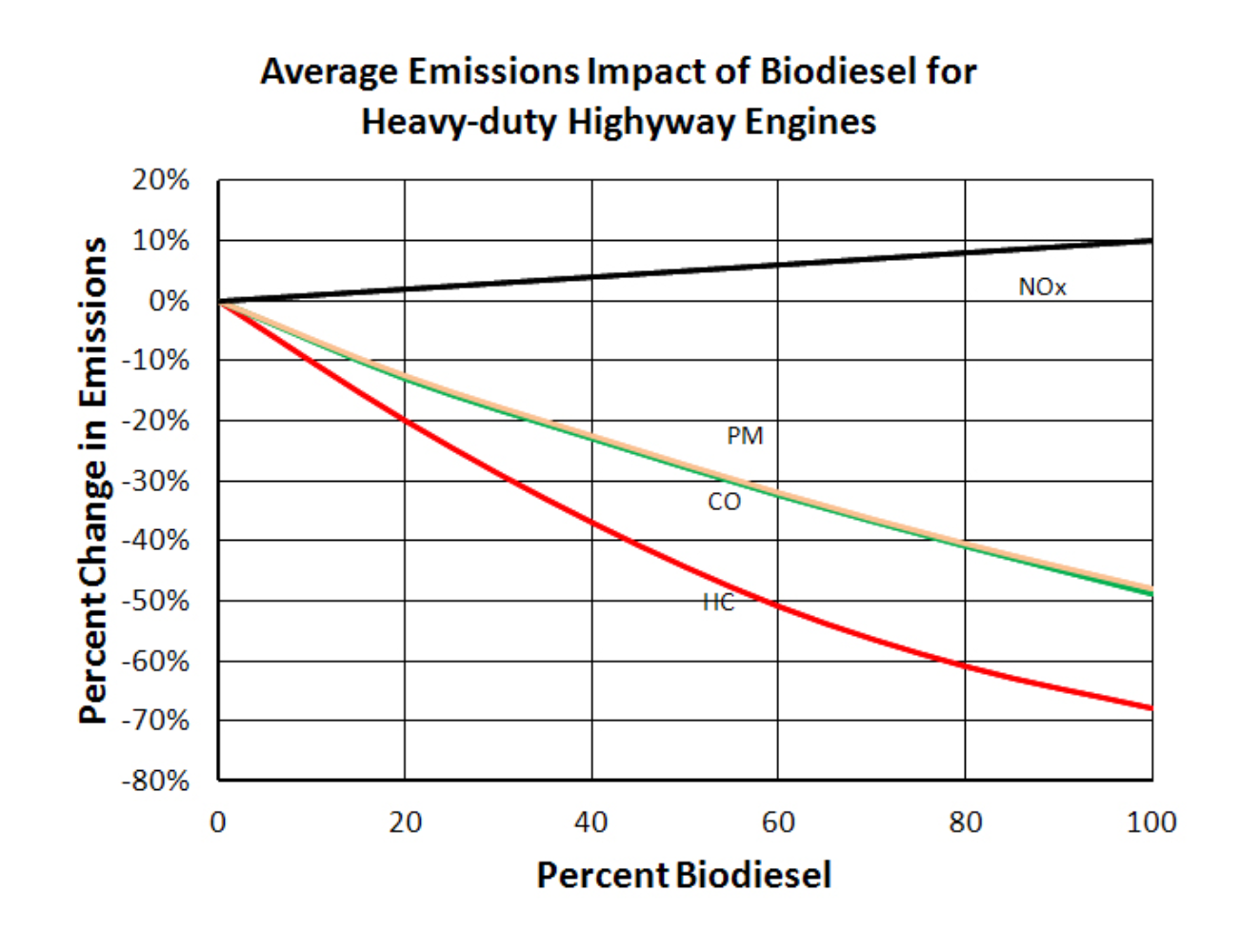 A U.S. Department of Energy graph shows the average emissions impact of biodiesel on heavy-duty engines. NOx rises roughly 10% for B100 while other emissions, including particulate matter, drop substantially as the concentration of biodiesel increases.U.S. Department of EnergyAccording to REG, its renewable diesel offers less of a reduction in particulates than its blended Ultra Clean Diesel which combines biodiesel and renewable diesel. REG renewable diesel offers a roughly 38% cut in particulate matter compared to conventional diesel, while Ultra Clean B20 and B50 provide 43% and 46% reductions respectively.

Older diesel engines, particularly those manufactured before 2010, according to the Department of Energy, realize the greatest improvements at the tailpipe versus conventional diesel.

“In older engines, biodiesel blends may offer some additional emissions reduction benefits, particularly for particulate matter, carbon monoxide, and unburned hydrocarbons,” the DOE’s Office of Energy Efficiency and Renewable Energy writes in its report Biodiesel Basics. “The amount of the benefit will depend on the engine’s emission control technology, the age of the engine, the percent of biodiesel in the blend, and how the vehicle is operated. The oldest engines and technologies will reap the greatest emissions benefits from the use of biodiesel.” 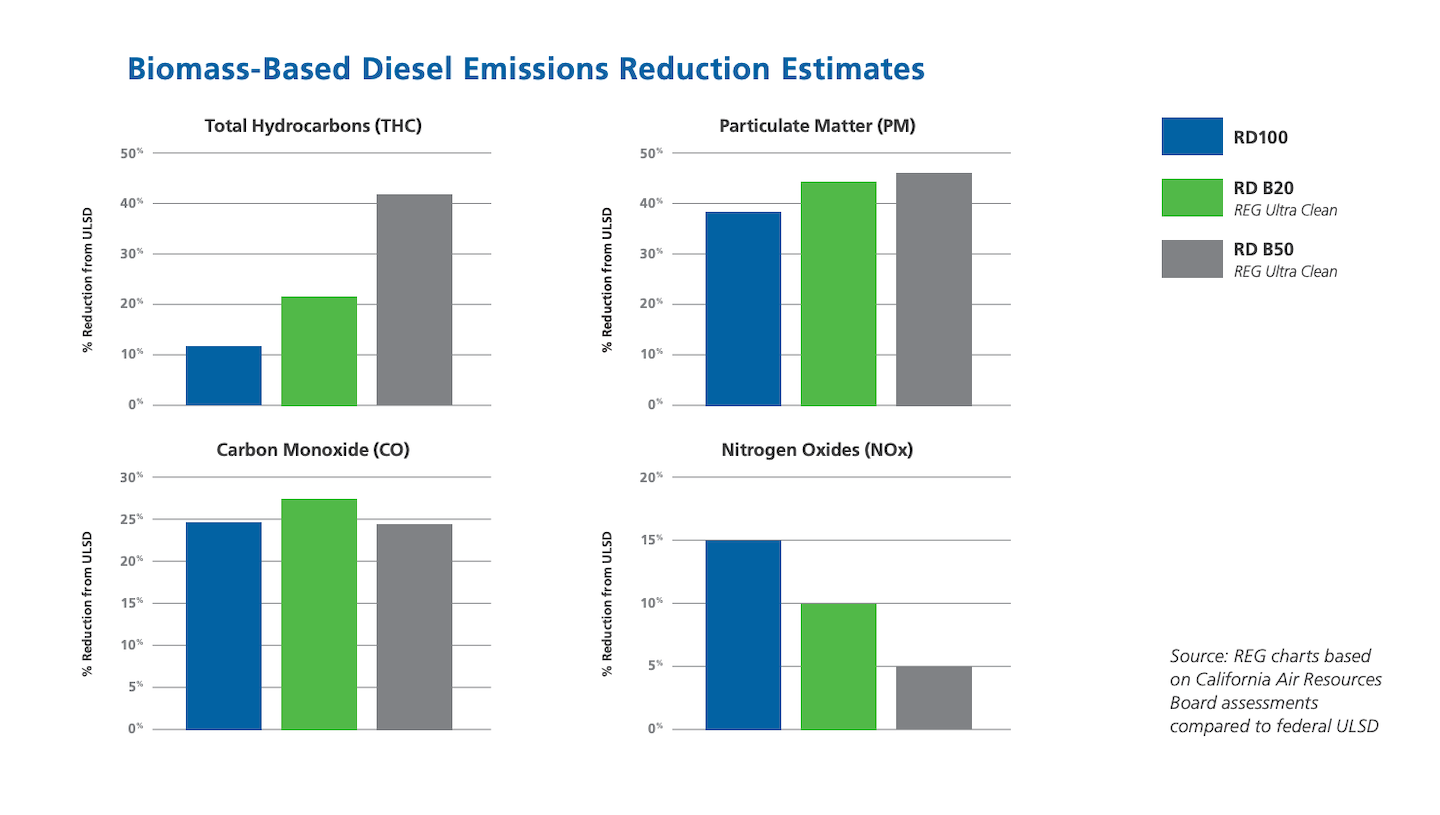 REG UltraClean is a mix of renewable and biodiesel fuels. This chart compares UltraClean RD B20 and RD B50 emissions, including particulate matter, to their renewable diesel fuel.REG